Best Film Schools In Alaska In 2023 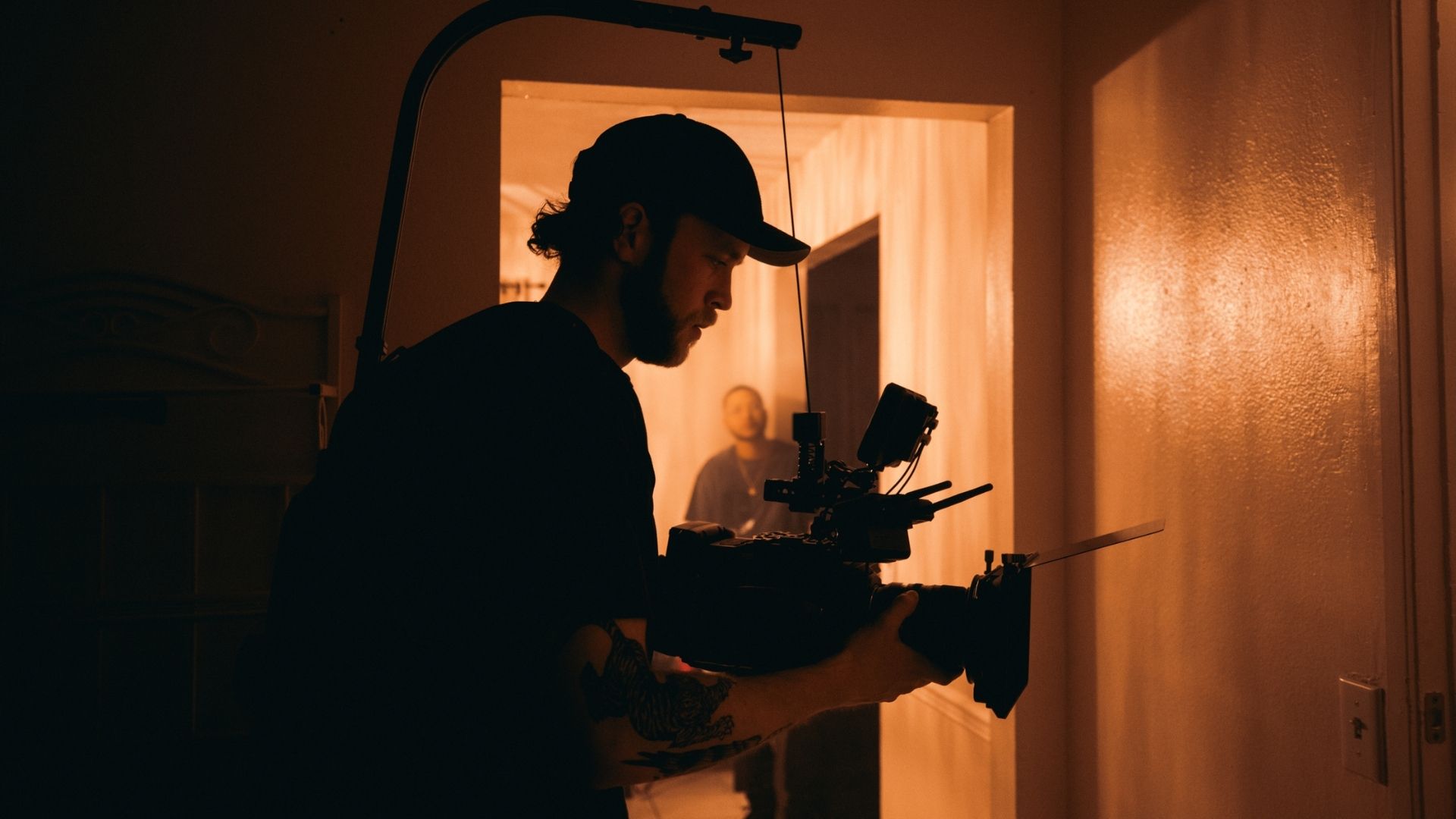 The presence of many film schools and film production companies in Alaska proves that, indeed, the state’s entertainment industry is thriving. Recently, there’s been evidence of a surge of TV shows, documentaries, and movies choosing Alaska as the primary subject or location. By accommodating the multimillion-dollar film industry, the state effectively promotes itself and boosts the local economy.

The main reason why many film and TV production companies flock to Alaska is to bask in and capture the state’s beautiful landscapes. Alaska has everything that a breathtaking major motion picture could ever need with stunning mountains, glaciers, coastlines, and wildlife!

However, there’s more to Alaska than its picturesque settings that filmmakers want. In 2008, Alaska rolled out a tax initiative program that benefited production companies. To encourage several motion pictures, Alaska would reimburse specific production expenses with tax credits.

Alaska also offers generous tax incentives, enabling film producers and filmmakers to recoup up to 44% of their production expenses for filming in the state. Warner Brothers, for example, can hire an Alaska resident as one of the lighting crew for $100.

In return, Alaska may provide the film production company a $50 tax credit. According to Alaska Film Office Executive Director Kelly Mazzei, the state has granted approximately $47M in tax credits since the tax initiative program was launched!

Did you know that Alaska is home to numerous reality TV shows and educational series? In 2014, the state’s film industry hit a new record high, with $13M in tax credits issued. Most tax credit incentives were awarded to the reality TV show genre that had a thirst for all things Alaska. For example, Discovery Channel’ received $2M in incentives for filming Deadliest Catch in the state.

Supporters contend that while filmmakers benefited from the tax incentive program, the tax credit was used to pay dividends and miscellaneous filming expenses. And because of the freezing temperatures, filming in Alaska is often a risky one. Local companies assist with aerial cinematography services, 4-wheel rentals, and helicopter shuttle services.

The US Bureau of Labor Statistics pins the annual median wage of Producers and Directors at $52,690. Film and Video Editors earn a median of $46,410 annually. Other occupations in Alaska’s film industry, including Media & Communication Equipment Workers and Lighting Technicians, make $76,620 per year on average.

Despite its picture and movie-perfect landscapes, Juneau doesn’t have many film schools. Considered an excellent film school alternative, Film Connection brings its comprehensive services and expertise to the state capital.

While Film Connection’s programs aren’t the typical 4-year baccalaureate degree type, it has the features of a trade school and employs a unique approach to learning. The curriculum is tailored to every aspect that matters in the film and media industry. With Film Connection, students learn extensively without unnecessary and additional courses and expenses.

Whether online learning or in-person, aspiring cinematographers and filmmakers at Juneau can choose one of the following Film Connections certificate programs:

The Cinematography Certificate features a holistic curriculum that helps students to become creative and efficient Directors of Photography. Film Connection will teach them how to set up the required lighting and organize for maximizing and reaching the appropriate artistic effect or visuals. As part of an externship learning program, students are paired with a veteran Director of Photography to learn cinematography basics and its technical aspects. They will discover a variety of ways of tweaking camera angles and traditional lighting. With ten lessons, each student must complete three final assignments as part of the culminating experience.

Film Production & Editing Certificate includes 21 holistic lessons about editing, storyboarding, line producing, film history, and developing pitches. It is a comprehensive certificate program that discusses budgeting, shot-blocking, financing, screenwriting, contracts, permits and licensing as essential elements. As an extern of the program, students will learn the art of directing/shooting, writing, and producing.

Each course at Film Connection is integrated with a mentored externship and personalized, hands-on sessions with a professional filmmaker. Students can learn at their own pace, emphasizing their preferred area of study, whether online or in-person.

Film Connection® has received endorsements and credentials from prestigious non-profit organizations, including The Grammy Awards, The National Guild for Community Arts Education, and Film Independent.

Although not a traditional film school, SprocketHeads helps students launch their filmmaking careers in Alaska and beyond. Primarily headquartered in Idaho, SprocketHeads has affiliations in Anchorage. The company either produces or offers production services for music videos, non-profit and private campaigns, news, contemporary documentaries, promotions, and films.

As a veteran in Anchorage’s film and media industry, the company has become the go-to casting company in the state. The company can also provide a crew for visiting Directors of Photography..

SprocketHeads’ renowned Director of Photography can be directly booked or hired through the company to teach Cinematography. Also, if you are enrolled in a different film school and require complete production management services, SprocketHeads can create a full disclosure of the budgeting and detailed plans for location and shooting.

Anchorage, where SprocketHeads is located, is in the southern part of Alaska. It is the largest city and home to 40% of the state’s population. Many film and TV production companies are drawn to Anchorage despite its remote location and harsh weather conditions. Did you know that Anchorage is the first place ever filmed in the state? A silent documentary was produced in 1924 featuring the city! Other popular movies partially or entirely filmed in Anchorage are Star Trek VI: The Undiscovered Country, Into The Wild, Big Miracle, and 50 First Dates.

The University of Alaska Fairbanks is the most significant driver of Fairbanks’ film and media industry and is one of the best around Alaska. Students with a passion for theatre, film, or performing arts can enroll in UAF’s Bachelor of Arts in Film and Performing Arts. Students are exposed to the film and theatre industry components, including preparation, production design, and filmmaking. They can access a variety of performing spaces as well as get professional training from veteran faculty.

With UAF’s BA in Film and Performing Arts program, students will learn from a comprehensive curriculum emphasizing Alaska’s environments, lifestyles, and cultures. For minor programs, UAF offers a Minor in Film and a Minor in Theatre, which can be part of students’ area of concentration.

With a personalized approach to learning, students accomplish three courses and choose either a theater or film concentration. While they develop their critical and creative thinking skills, they also strengthen their dramatic or technical proficiencies. The university offers numerous professional spaces for students to improve their skills, including the Charles Davis Concert Hall.

Aside from coursework completion, students will participate in main-stage productions, work on-set, and join clubs like UAF Film Club and Student Drama Association to network with colleagues and professionals in the same industry.

As one of the state’s major film and media advocates, UAF is home to the biggest collection of videos and films featuring Alaska’s beauty, cultures, and traditions. The Alaska Film Archives is a collection of 10,000+ films and videos donated to the university by several institutions, organizations, and individuals. Materials feature amateur movies and professional productions made in Alaska or about Alaska from the beginning stages of filmmaking in the state until today.

UAF is also home to the University of Alaska – Museum of the North, where ethnobotany film series was made possible through Ethnographic filmmaker Sarah Betcher. It is one of the many documentaries that highlight Alaskan traditions, cultures, and wildlife.