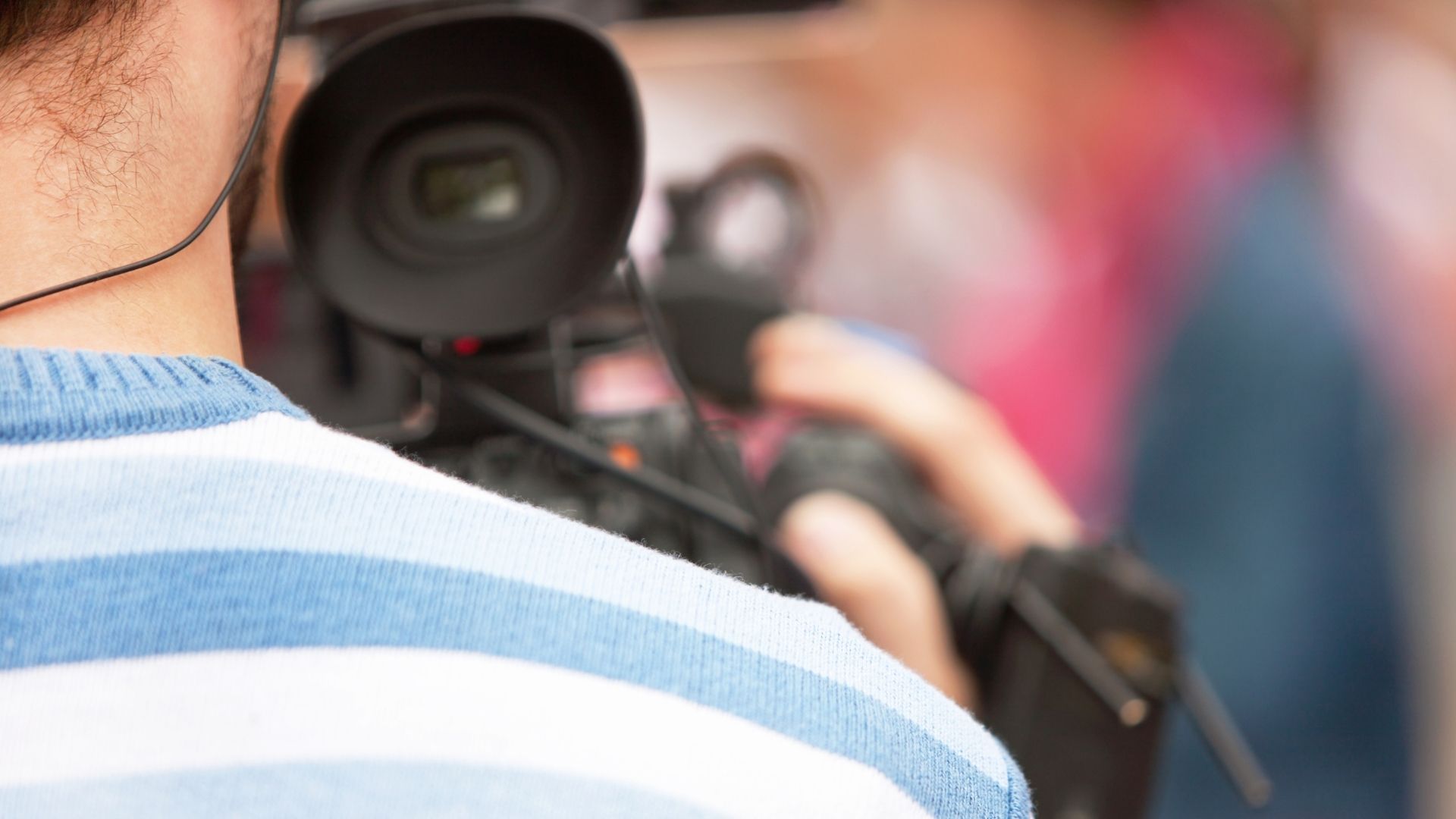 The Arkansas Cinema Society is one of the many non-profits to start a film community within the state. It aims to connect filmmakers, camera operators, film producers, photographers, cinematographers, and other film enthusiasts.

With the current and new network of film talents within Arkansas, filmmakers and their creations will have maximum exposure and attract more filmmakers around the state. The creative industry, including culture and arts venues and activities, significantly contributes to Arkansas’ overall economy.

The film and media industry is consistently thriving in Arkansas, with regional impact through various film fests and activities. The Hot Springs Documentary Film Festival, for instance, is the longest-running documentary film festival in the US. Participation in local film festivals will help many film enthusiasts and filmmakers grow and market their professional skills as filmmakers, cinematographers, or photographers.

According to the Labor Statistics Bureau, film and video editors in Arkansas earn a median of $56,480 annually. Camera operators in television, video, and film make $49,610 yearly. The state’s television and motion picture industries are directly responsible for $150+M in wages, resulting in approximately 3,300 job opportunities.

Arkansas Cinema Society is one of the best film schools in Arkansas based in Little Rock. The organization is creating a film community around the state where film enthusiasts and film aficionados can network with other filmmakers, share ideas, and watch various films for inspiration. ACS has several partnerships with non-profit and private organizations for educating and training students in the world of filmmaking and storytelling.

ACS partners with JM Associates and the Women’s Foundation of Arkansas – Girls of Promise Initiative and offers Filmmaking Lab for Teen Girls as one of its educational programs. The program offers several opportunities for high school girls to experience all essential aspects of film production, including editing, production, screenwriting, and cinematography. Regardless of filmmaking background, everyone can participate in the program without laboratory expenses.

Another educational program of the Arkansas Cinema Society is Youth Filmmaking Labs: Screenwriting. It is offered in partnership with the Second Serving Foundation, Arkansas Soul, and Thrive in Helena. Sponsored by Final Draft®, all participants in the program will enjoy access to screenwriting apps without fees for one year.

ACS Talks is also another educational program developed by the organization. It is a video library consisting of all Q&A sessions hosted with many guest filmmakers. Participants at ACS Talks can access a variety of behind-the-scenes, wisdom, pieces of advice, insider tips, and stories from filmmakers and motion pictures spanning across different genres. If you are an ACS Sponsor or Member, you can access updated content without a fee. However, each video costs $12 if you aren’t subscribed to ACS plans.

When one thinks of the film and entertainment industry in the U.S., Hollywood often comes into mind. However, Little Rock in Arkansas is one of the cities that has already played a major role in American cinematic history. In 1939, Little Rock’s Old Mill was featured in the opening credits of one of the most popular classic movies, Gone With The Wind. It was featured in several movies, TV shows, and other motion pictures. Another popular movie filmed in Little Rock is Bloody Mama, a psychological gangster top-billed by Robert De Niro and Shelly Winters.

Although Little Rock doesn’t have many film schools, the city is a major driver of Arkansas’s film and media industry. The University of Arkansas and the Arkansas Cinema Society are located in Little Rock. Both establishments provide opportunities for aspiring and veteran film enthusiasts to discover Arkansas’ filmmaking industry.

It is an ideal interdisciplinary program for graduates planning to pursue a non-profit and corporate video production career. A total of 30 credit hours must be completed for the MA in Journalism program. Students either accomplish a special thesis project, create a documentary film, or complete a traditional research thesis as a culminating requirement.

Undergraduates can also pursue a Journalism program with three major sequences, including Advertising and Public Relations, Broadcast Radio and TV, and News/Editorial. It is one of the unique programs of its kind in Arkansas, providing students with the opportunity to work closely with editors for one semester and obtain real-life experiences in newsgathering and reporting.

True Detective is one of the many motion pictures, TV shows, movies, and series filmed in Fayetteville. Since then, Northwest Arkansas has drawn the attention of many aspiring, curious, and veteran filmmakers and film producers. The natural beauty and overall personality of Fayetteville have been highlighted in the film.

According to many filmmakers, every angle you point to the camera in Fayetteville is majestic. The picturesque buildings, landscapes, rivers, mountains, and other sceneries have made Fayetteville and, overall, Arkansas one of the best film locations in the country.

Fayetteville is home to the busiest and largest center for entertainment and performing arts in Arkansas, the Walton Arts Center. It is a non-profit organization that showcases jazz, music, theatre, dance, a full season of Broadway, and family programming in three major performances. Walton Arts Center houses the Studio Theatre at Nadine Baum Studios, Baum Walker Hall, and Starr Theater. It serves 140,000 attendees annually through various performances and arts learning programs facilitated by local and community arts organizations.

South Arkansas Community College has an Entertainment and Media Arts program, with a Film Pre-Production course combined with the media arts and performance programs. The program will help students hone their skills and expertise in light & audio production, post-production, editing, and scriptwriting.

With a comprehensive list of suitable courses, students can strengthen their credentials through internships to obtain real-world insights and skills. The school allows each student to enroll in a maximum of three internships.

SouthArk provides students with the option to complete an Associate of Applied Science degree or a Technical Certificate. An AAS program can be completed in 24 months, while the TC programs are earned within a year. Completing an EMA program at the school offers a broad knowledge base in computer design and media art creation, including a portfolio to showcase in their future career or further studies.

Although it’s one of the small towns in Arkansas, El Dorado has already been involved in the film and media industry and has one of the best film schools in Arkansas. Aspiring and veteran film enthusiasts can learn more about Arkansas’ role in filmmaking from early ages until the present day through an exhibit at the South Arkansas Community College Library. SouthArk’s library featured several books and publications related to film analysis, specific movies, filmmaking, and Hollywood’s history and are available in the exhibit.

El Dorado hosts the Lights! Camera! Arkansas! Exhibit that was on-loan to the SouthArk Library from the Old State House Museum. The exhibit featured pieces from the Michael G. Fitzgerald Collection curated by the South Arkansas Historical Preservation Society. The most significant items of the time-traveling exhibit portrayed the variety of connections between Hollywood and Arkansas.

The exhibit in El Dorado is a one-of-a-kind event that defines the connection between the film industry and Arkansas. One of the most impactful components is the masterpiece of Fitzgerald, a former accountant who became a Hollywood historian. He was amazed by the actresses and actors that appeared in movies and other motion pictures.

Many of his books are displayed in SouthArk Library, including Universal Pictures: A Panoramic History in Words, Pictures, and Filmographies. Aside from Fitzgerald’s books, many autographed photos of celebrities, movie memorabilia, and other collections have also described Hollywood’s Golden Age.

The exhibit is one of the many factors that features many Native Arkansans who became notable actors and actresses for many years and had significant roles in the state’s film industry.