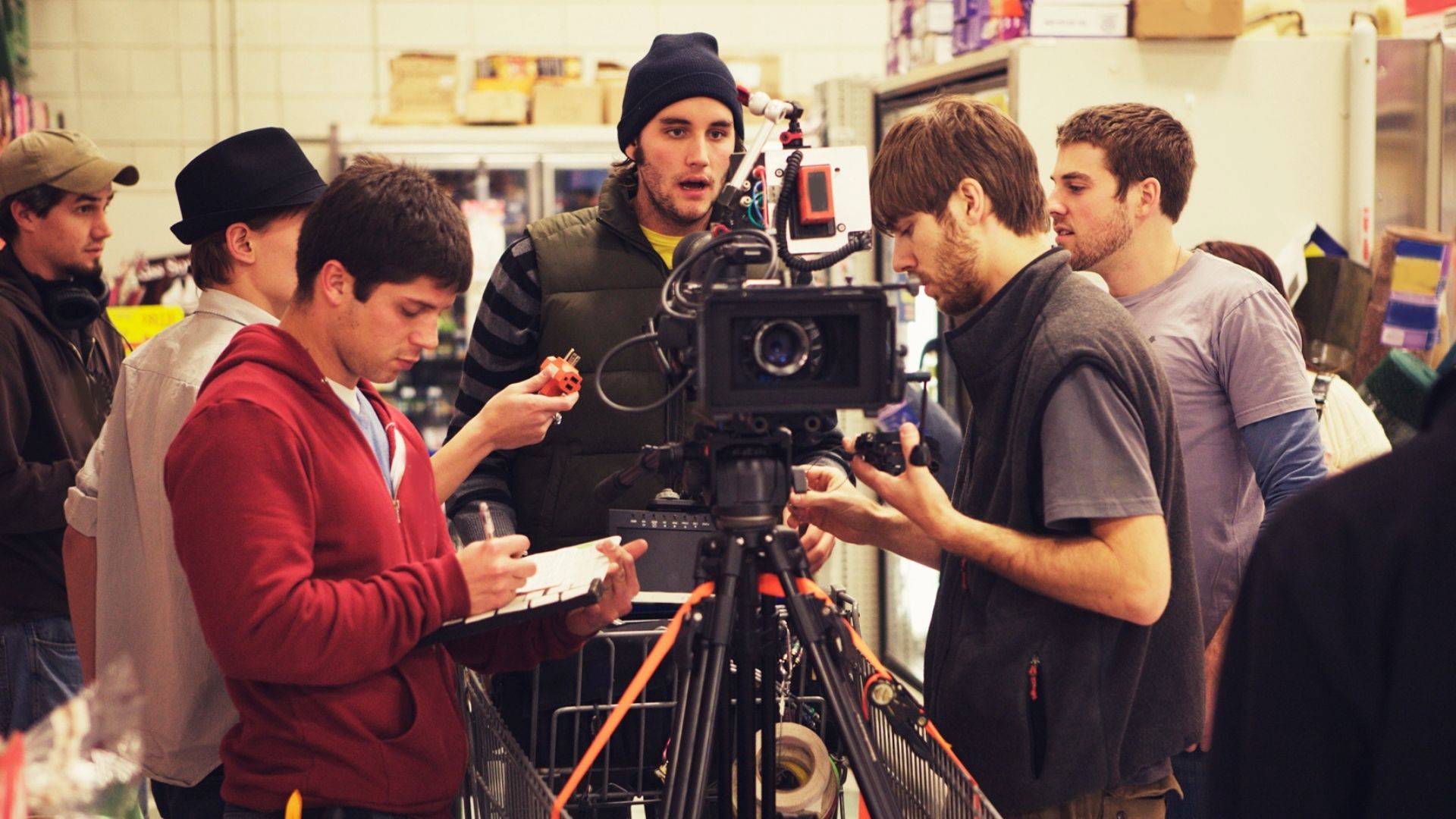 Colorado’s booming economy has made it one of the lowest unemployment rates in the US. The Centennial State takes pride in its flourishing real estate businesses and a thriving film and creatives industry. Its numerous amphitheaters, restaurants, colorful streets, and picturesque landscapes contribute to Colorado’s rapidly growing economy.

Colorado is a premier hub for world-class creative experiences, productions, organizations, and initiatives. It is the go-to state for filming Hollywood movies and other motion pictures. Copper Mountain, Every Which Way But Loose, and Mr. and Mrs. Smith are popular classics filmed in Colorado.

Colorado has one of the country’s most concentrated populations of creative professionals. It attracts many companies, people, and businesses focused on visual arts and crafts, performing arts, publishing, literature, film, and media.

For one, Craftsy, formerly the Denver-based Bluprint, offers free and premium online classes across various creative projects, including writing and photography. With an emphasis on lifestyle learning, it is a startup that revolutionized the country’s crafts market, drawing the interests of many top creative and tech talents.

Colorado proactively finds ways to attract, inspire, cultivate, and grow talented creatives to help boost the local economy. The Space To Create Colorado program is the first in the country to provide affordable housing for creative individuals from rural areas. It helps communities transform establishments into inexpensive work and living spaces.

While Colorado’s stunning landscapes and arts initiatives blend well, the salaries for film enthusiasts are reputable enough to start a filmmaking career in the state. Film and video editors at Colorado can earn $60,200 per year. Camera operators and television, video, and film professionals make $56,450 yearly, according to the Bureau of Labor Statistics.

Community College of Aurora at Lowry Campus offers pre-professional training to learners planning to pursue a career in the film and media industry. The school has a partnership with the Colorado Film School, providing students with the option to pursue an associate degree or a certificate.

Students interested in pursuing an associate program as a stepping stone to a 4-year university or institution can choose one out of six major programs, including the following Associate of Applied Science programs:

As one of the global frontrunners in the creative industries, Denver’s film and media companies provide distributive and technical services. Both Denver’s film schools and film companies accommodate requests for comprehensive technical production support systems, including distribution and broadcasting channels, studios and sets, animation, graphic design, and lighting & audio.

With Denver’s iconic Rocky Mountains backdrop, distinct neighborhoods, historic establishments, beautiful parks, clear skies, and mild climate, many filmmakers and film producers flock to the city to plan a film production or start filming. Since 1897, Denver has been an advocate of out-of-state and local commercial projects and filmmaking.

It is a popular film site for the Silver Screen with picturesque landscapes. Some of the city’s screen credits from TV shows and movies include Things To Do In Denver When You’re Dead, Blades of Glory, About Schmidt, and Our Souls At Night.

Colorado College is one of the few best film schools in Colorado, offering a Film and Media Studies program. The program combines critical studies with creative pursuits, educating and training students to understand moving images, immerse themselves in a rapidly changing media setting, and become proficient in media technology.

The Film and Media Studies program at Colorado College learn in-depth about media theories and history and cinema while pursuing creative applications in a variety of fields, including video games, television, radio, screenwriting, documentaries, films, and other digital media. It is an interdisciplinary program integrating courses in global cinema, dance, art, theatre, literature, music, sociology, and philosophy in one curriculum.

A total of 12 units must be accomplished, consisting of 3-unit Core courses, 3-unit Genre, History, and Theory courses, 2-unit Form and Filmmaking courses, 2-unit Electives, and 2-unit Thesis. For the 1st Thesis component, students must either complete an Independent Film, Filmmaking, the Sundance Film Festival, or a Senior Seminar. The 2nd Thesis component will require either a Senior Thesis (Creative) or a Senior Thesis (Critical).

Did you know that Colorado Springs is home to the largest defense industry in Colorado? In Colorado Springs, the Cheyenne Mountain NORAD and the United States Air Force Academy have provided a backdrop for several TV shows and movies. It’s no wonder that the city is common among many films with military and war scenes. With rolling plains, rock formations, mountains, and breathtaking views, Colorado Springs is one of the best cities in Colorado conducive to filming.

If you watched Independence Day, WarGames, Stargate, and Fast Food Nation, you might have seen the familiar sights of Colorado Springs within these blockbusters!

The University of Colorado Boulder’s Department of Cinema Studies & Moving Image Arts has a variety of academic programs in filmmaking and arts, categorized as critical studies (Bachelor of Arts), filmmaking or specialized (Bachelor of Fine Arts), and interdisciplinary MFA. All students must accomplish some critical studies requirements and classes, including regional and national cinemas, directors, documentary practices, film genres, film theories, film analysis, and history of film/cinema.

Students interested in pursuing a 4-year academic degree in filmmaking can enroll in CU Boulder’s Bachelor of Arts or Fine Arts in Cinema Studies & Moving Image Arts or the MFA in Film. The Bachelor of Arts program discusses the critical study of film as an art form. It teaches two fundamental skills, namely writing ability and critical thinking.

The program is designed to educate students with core knowledge of the aesthetics and history of cinema studies and international film. The university offers a concentration in Production under its BA program for interested students.

CU Boulder’s BFA in Cinema Studies & Moving Image Arts is a more rigorous program that requires a selection procedure and certain guidelines. Students pursuing the BFA program must initially complete a set of prerequisites. The program helps prepare artists to become competitive and unique as independent filmmakers. In addition to electives and core courses, the BFA program culminates with a 12-month capstone film production.

The MFA in Film program at CU Boulder is an interdisciplinary program between the Department of Cinema Studies & Moving Image Arts and the Art and Art History Department. Students complete graduate courses and conduct studio visits with visiting artists and faculty. They also attend the annual Imagemakers Graduate Seminar, Brakhage Film Symposium, and the First Person Cinema program. Students are assigned their own studio space. They can also apply for specific grants for funding their projects.

When it comes to Boulder’s film and media industry, the city offers several creative pursuits for filmmaking and film production. The city is extremely film-friendly and arts-friendly, with a plethora of film and arts festivals annually. Due to Boulder’s surroundings and picturesque settings, it is one of the favorite filming locations in Colorado.

IMDB has listed 200+ specials, documentary films, TV shows, and movies filmed in the area. Some partially or entirely filmed motion pictures include About Schmidt, The Glenn Miller Story, Sleeper, Catch and Release, Fat, Sick & Nearly Dead, and American Flyers. Mork & Mindy, a well-known sitcom in the 1970s, was also filmed in this city.