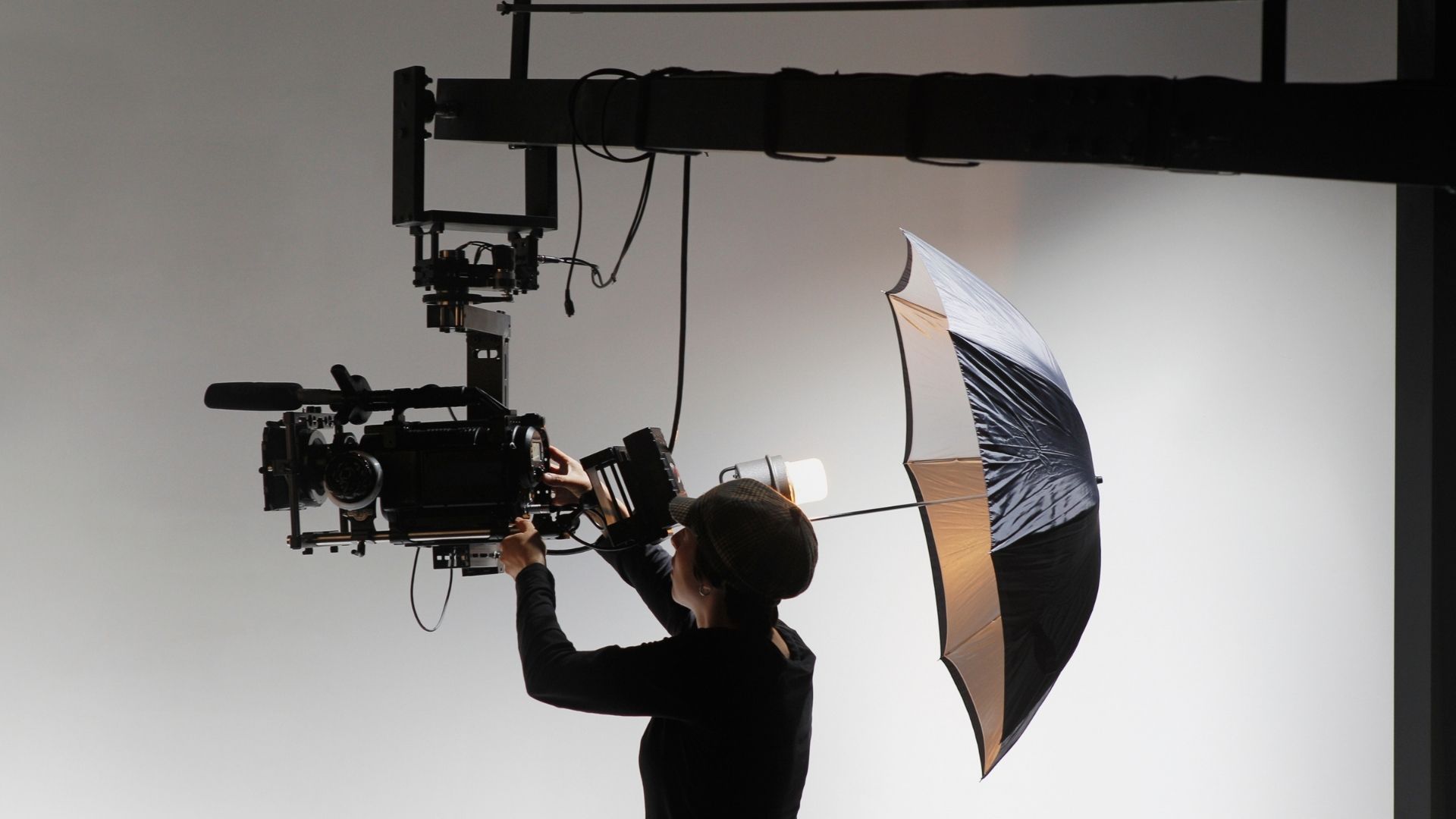 Business Facilities Magazine named the State of Georgia the #1 Film Production Leader in 2020, as announced by Governor Brian P. Kemp. While Hollywood remains the Mecca of the American film industry, the Peach State has a reputation for being the Hollywood of the South. According to the Los Angeles Film Office, the state has more major films made than in California in 2016 alone.

However, an additional 10% tax incentive is obtained with a promotional feature, including a peach logo as part of its credits. While Georgia’s tax incentive programs are similar to Louisiana and New York, the state stands out since the law doesn’t have a sunset date.

Georgia’s film and media industry has been earning massive revenue even before 2008’s tax incentive, potentially dominating Hollywood to become the largest film-producing state in the US and worldwide. The film and TV industry had spent $93M on film productions in 2007. In 2016 alone, Georgia’s film industry spent more than $2B on productions.

Thanks to blockbuster movies, including Stranger Things, The Walking Dead, and Marvel movies, Georgia’s film, and media industry gained almost $9.5B in 2017 alone. In a nutshell, Georgia’s tax incentive programs have attracted Fast and Furious movies’ iconic producer Tyler Perry, the Hunger Games franchise, Ant-Man, Guardians of the Galaxy, and some of the most recent Avengers movies.

The film scene in the Peach State has boosted the local economy through tourism and job opportunities. Other factors associated with the film industry, from accommodation to staffing, have relocated to Georgia from California and New York.

Although Georgia has gained benefits from the film and media industry, Atlanta significantly reaped the biggest rewards. Many Atlanta residents are hired in the state’s film industry. While New York has an urban jungle and Los Angeles has stunning beaches, Atlanta has everything under the sun, including vintage suburbs.

Several film projects from Netflix, HBO, NBC, and CBS are more inclined to film in Atlanta. Since the city has many movies filmed from time to time, it is challenging to keep up. Thanks to AtlantaFi, you can get the latest updates regarding events, celeb sightings, and movie casting calls in Atlanta in real-time.

Georgia State University is one of the best film schools in Georgia, offering a variety of undergraduate and graduate programs related to filmmaking. The university has been educating students in film production at the graduate level for more than 20 years, making it the longest-running graduate film school in the Peach State. GSU’s School of Film, Media & Theatre is the biggest film and media institution in Atlanta, headquartered in the heart of America’s booming film and TV industry.

The School of Film, Media & Theatre offers a four-year Bachelor of Arts in Film and Media. It features a flexible curriculum that enables students to pursue their interests in screenwriting, contemporary and industries culture, critical and historical studies, and production.

The BA in Film and Media program is an interdisciplinary study of new media, TV, and film, equipping learners with critical and proactive participation in contemporary visual culture. Internship opportunities are available in downtown Atlanta and elsewhere.

GSU offers its newest graduate program in filmmaking through the School of Film, Media & Theatre. GSU’s Master of Fine Arts in Digital Filmmaking – Concentration in Filmmaking program prepares students to produce advocacy and community-based media, fiction, and documentary films. Students also learn the essentials of 16mm and 35mm filmmaking through collaborative and hands-on learning. A total of 72 credits is required for degree completion, with three years on average for full-time students.

A B.A./M.A. Dual Degree in Film/Media Production is also offered at the School of Film, Media & Theatre for BA in Film students pursuing advanced honors-level and MA thesis production. It is designed as a 5-year degree, granting students both the Master of Arts in Communication – Film, Media and Digital Imaging and the Bachelor of Arts in Film and Media degrees at GSU.

As one of the filmmaking giants in the US, Atlanta is home to top American broadcasting companies TNT, TBS, CNN, and MGM. With a reputable film and media presence combined with numerous major cable networks, the City of Atlanta has grown significantly in the film scene. It is one of the few states with its own Office of Entertainment to accommodate the diverse needs of film productions in the US.

Savannah College of Art and Design

When talking about the best film schools in the Peach State, Savannah College of Art and Design almost always tops the list! The school offers three academic programs in the study of film and television on both Savannah and Atlanta campuses.

Graduate students can either enroll in SCAD’s Master of Arts in Film and Television or the MFA in Film and Television. Depending on the student’s academic preference, they must complete at least 45 hours or 90 hours, respectively. Graduate students must take a maximum of five graduate-level intensive courses that the school will assign at enrollment.

Students at SCAD will have the opportunity to pursue the GRADpath@SCAD pathway. The program allows students to join the workforce with superior qualifications after graduation, making them a professional powerhouse in various fields. With summer quarters, students pursuing the GRADpath@SCAD can complete their MFA and BF. A Dual Degree program in as few as five years, or an MA and BFA in as few as four years.

A favorite among many film professionals and film enthusiasts, Savannah is one of the premier filming locations in Georgia. With stunning coastal sceneries, warm weather, and historic architectural sites, the City of Savannah attracts many filmmakers and film producers across the US. Some popular movies filmed in Savannah include The Last Song, Forces of Nature, and Forrest Gump. TV series Roots and hosting segment All My Children are some proof that Savannah and Georgia are no strangers to TV production companies.

The University of Georgia’s Department of Theatre & Film Studies at the Franklin College of Arts and Sciences is home to many undergraduate and graduate theatre and film programs. UGA’s Department of Theatre & Film Studies is a proud member of URTA or the University Resident Theatre Association and derives its programmatic accreditation from the National Association of Schools of Theatre.

As a core university partner with the Georgia Film Consortium, UGA features professional courses in film production at the OFS movie studio facility in Norcross and Trilith Studios in Fayetteville. These courses can be credited towards a film studies minor as general electives or as core required courses. For Film Studies students, internship course credit may be applied towards their major elective requirements if they are chosen as an intern of the Georgia Film Consortium.

UGA’s Film Studies – AB program focuses on the principles and history of cinema as a medium of art. The program offers learners a diverse range of topics and interdisciplinary courses with other Departments at UGA. Students also can participate in practical classes in computer animation, digital video production, and screenwriting. A total of 27 credit hours will be required for the completion of the program.

Graduate students can also pursue the Master of Fine Arts in Film, Television, and Digital Media program at UGA. The graduate program is designed by collaborating with the university’s Grady College of Journalism and the Department of Theatre and Film Studies. It aims to educate and train the next-gen of Georgia filmmakers, emphasizing post-production, directing, and screenwriting. The MFA in Film, Television & Digital Media program provides hands-on training at Trilith Studios with Georgia Film Academy in Atlanta and UGA in Athens.

Athens’ scenic college towns have been iconic and one of the popular filming locations in Georgia. The City of Athens is considered a Georgia Camera Ready Community, providing local filmmakers and film producers with one-on-one assistance in all aspects of filmmaking and TV production. Aspiring filmmakers in the state can easily find one-stop-shop information regarding lodging and accommodation, traffic control, casting and scouting, and film permits.