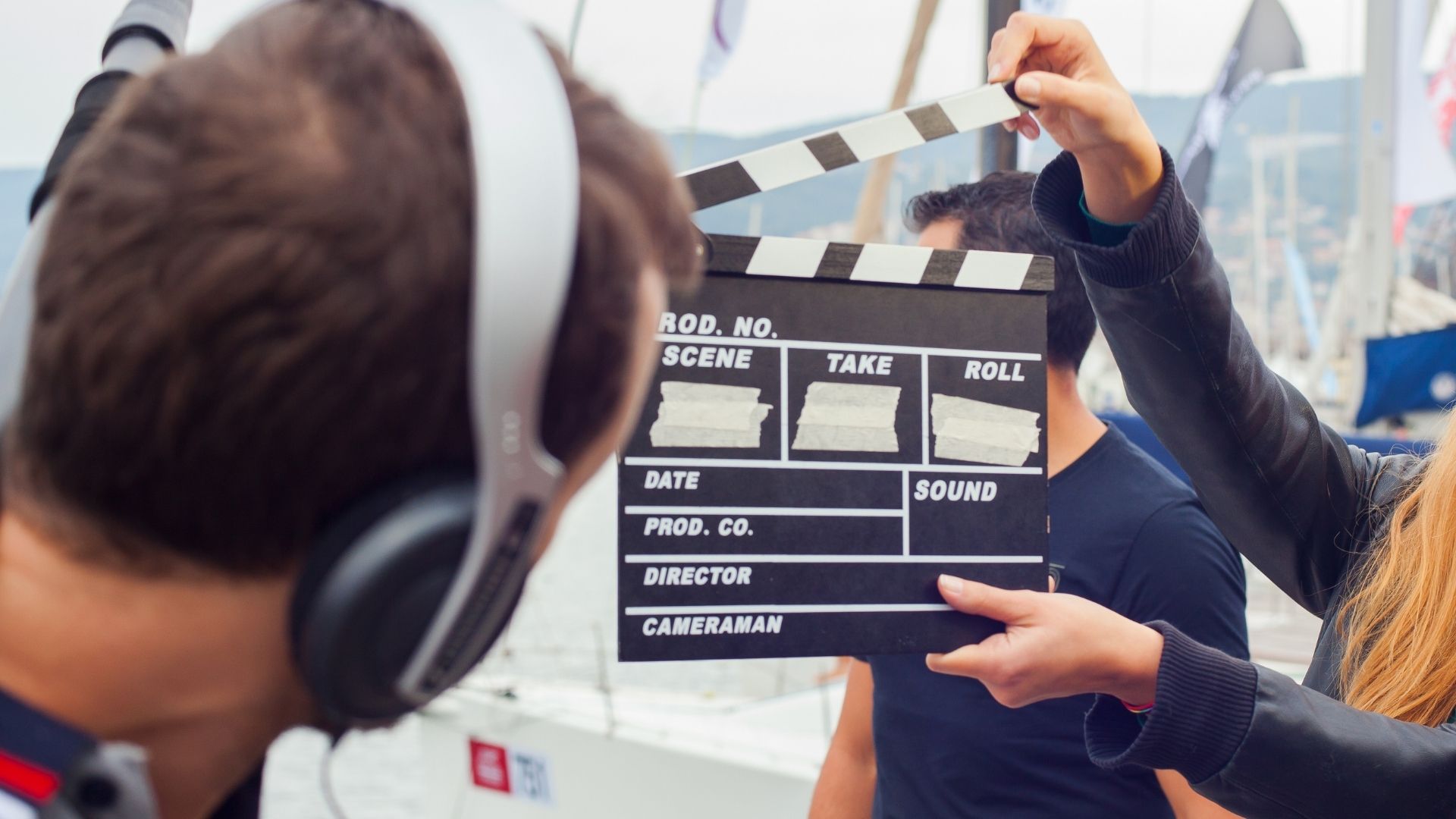 Students who have a passion for cinema and videography will find a degree in filmmaking as the best career path, allowing them to nurture their creativity. This degree is for creative souls who are forever curious about the world of films and better understand how a moving picture comes together.

In film studies, they will be able to look at films through a theoretical and critical lens, tackling their various aspects, from the different genres and their rich history to how it plays a role in the broader context of society. They can expect to learn to work behind the camera by assuming various roles, including directing, operating cameras, and producing. It is also typical for film students to try the role of a talent where they act in front of the camera. For the after-production phase, editing and marketing are often involved.

More often than not, a film degree allows one the flexibility to combine it with a range of other subjects. They can study film and English, media studies, mass communication, animation, and foreign languages.

Just like other programs, a degree in film study can be earned at various levels. They are available as bachelor’s, master’s, and doctoral degrees.

For undergraduate students, technical and theoretical knowledge and skills are on the table. They may be asked to choose a concentration, ranging from film analysis, global cinema, screenwriting, and more. A lot of undergraduate film programs encourage students to apply their learning through a film project. They might also be asked to render an internship with a media company.

Graduate programs, on the other hand, require a focus. Some choose documentaries, advanced film production, and more. They might be able to explore film in different languages and cultures.

There is a variety of options for those who earned a film degree. But as a notoriously competitive industry, one needs to gain the right knowledge, skills, and experience to make it. Some of the most common destination fields for film graduates include film studios, broadcasting companies, newspapers, other publications, market research companies, digital marketing agencies. They can also explore the fields of advertising, PR, and digital design companies.

Most work as broadcasters, film directors, video editors, camera operators, and scriptwriters. Others try fulfilling the role of a location manager, program researcher, production designer, and production coordinator. The Bureau of Labor Statistics data says there are currently 119,490 employed producers and directors. Their annual wage can range between $36,070 to $184,660.

Dubbed the Garden State, New Jersey has a thriving film industry. The state’s movie and television productions have set a record-breaking spend of $500 million in 2021 alone. Much of this development is attributed to New Jersey’s proximity to New York, along with its flourishing talent pool and friendly state tax credit. All of these helped make the state an ideal and attractive location for filming.

Students who wish to carve a career in the film industry can consider earning their film degree in some of New Jersey’s colleges and universities.

Here are the best film schools in the state:

Students exploring a broad range of technical and media studies courses emphasizing creative production might consider earning a Video Production degree program at Rutgers University, Newark campus. Students who will earn this degree will be equipped with the correct knowledge and skills for independent media production and various other careers in the media. The program also emphasizes media literacy.

The core curriculum for this degree involves courses on film and video history, new media, journalism, critical studies, and intensive video production. As a major, the Video Production program requires students to take a writing-intensive course such as screenwriting. They will have to complete 16 credit hours for studio courses, including Introduction to Video Production, Narrative Production, and Documentary Production. They will also need to render six credits for studio elective courses such as Introduction to Photography, Acting Fundamentals, Video Art, Community Video, and Expanded Media, among others.

Students are in good hands with the program’s proficient faculty, comprised of internationally renowned artists with extensive experience in film, television, and video art. The classes are kept small, making it highly beneficial to students who enjoy close guidance and mentorship from their professors.

The program provides state-of-the-art facilities and equipment for its students, including professional HD video cameras, lighting equipment, and sound recording tools. Editing software like Adobe Creative Cloud and Macintosh computer systems can be found in Express Newark, along with a production studio equipped with a green screen.

Students can expect to gain valuable skills and practical experience through an internship program. They have direct access to a range of production companies in Northern New Jersey and the New York metropolitan region, whether in television, film, or multi-media.

The university campus makes its home in Newark. The city’s rich cultural, social, and historical heritage was once featured in a Rutgers University documentary, The Once and Future Newark, in 2006. While the largest city in New Jersey is often overshadowed by its close neighbor, New York City, Newark still holds attraction as a film location with its historic architecture, landscapes, and art deco skyscrapers, among many others. Some famous movies with scenes filmed in Newark include The Dark Knight Rises, Scent of a Woman, World War Z, and more.

Did you know that the first moving picture was invented in Newark? Reverend Hannibal Goodwin created a celluloid film at the Plume house to make his Sunday classes more exciting. He even patented his invention and sold his film in New Jersey. One famous buyer was Thomas Edison, who eventually developed the first Motion Picture camera.

In Passaic County Community College, an Associate in Applied Science degree with a major in Digital Media and Production and Distribution program is offered to students who want to pursue a career in television and content production. The program aims to equip students with valuable skills in digital video production processes, from pre-production and production stages to post-production and distribution.

Students need to render a total of 60 credits for the program completion. This includes general education courses and major requirements. Students can choose among a list of major courses, including Introduction to Graphic Design, Introduction to Mass Media, Legal and Ethical Issues in Mass Communication, Foundations of Communication Theory and Media Design, Video Production, Script Writing, Digital Video Editing, Video Content Distribution, and many others.

Upon completing the program, students should apply their learning to the different aspects of the filmmaking process. This includes planning and storyboarding of digital video productions, utilizing camera and lighting techniques, editing digital video projects with graphics in the process, and demonstrating their knowledge on audio production, editing, and enhancement.

Graduates can work in the different fields of film production. Some entry-level positions they can choose from include assistant director, video editor, audio editor, and production assistant.

In 2019, there was some renaissance in the film scene at Paterson. More than 20 productions were set to make Paterson their film location, a city known for its charming old silk mills, engine factories, and a spectacular waterfall. The Hunt, a film starring Al Pacino about Nazi hunters, had scenes shot at Colt Street. Paterson’s other notable films include Spielberg’s West Side Story, Aaron Sorkin’s The Trial of Chicago, and more.

The Media Arts Department of the New Jersey City University offers several film-related programs, including a Bachelor of Arts degree in Media Arts, a minor in Cinema Studies, and Production and Integrated Arts Production. These programs are integral in equipping students with a solid and versatile foundation across the different fields of media production.

The Bachelor of Arts in Media Arts serves as good preparation for film enthusiast students to gain knowledge, skills, and experience in careers that range from production assistant and script advisor to research assistant. The admission process for this program involves passing the review by the department of one’s application. They must meet the minimum grade point average required, which is 2.5. Those admitted into the major must also maintain a 2.0 minimum grade point average to earn the degree program.

In the Media Arts program, students can choose an area of study. Some of their options include Cinema & Media Study, Digital/Animation/New Media, Film Sound, and Video/Digital Media. These concentrations will inform their coursework.

Students must complete a total of 51 media credits. They can choose among several concentration options, with their course requirements depending on this choice. Some of the required courses for this program include Development of Film I, Foundations of Media Design, Media in American Society, Digital Media I, Media Writing and Screenwriting, Film Aesthetics, Multi-Media Production, and many more. They also need to complete the required 18-credit electives.

At the end of the program, students are expected to understand and learn the various aspects of filmmaking. They will be able to identify the basic rules when it comes to visual composition and design. It is possible to compare and contrast cinematic styles throughout the history of film. Ultimately, they will be required to create a body of advanced media productions while sharpening their writing skills for the foundation of a variety of media works.

The New Jersey University is located in Jersey City, one of the most culturally diverse places in the state. Its rich history and incredible art and food scene make it appealing to visitors. It is home to Loew’s Jersey Theatre, an iconic community treasure that served as a premier venue for entertainment and arts for many decades. At one point, the state of New Jersey was considered the film capital of the world. Particularly, Jersey City has been a prime choice for filming locations, including some of the scenes in The Joker. Other popular movies with many scenes filmed in Jersey City include A Beautiful Mind, Godzilla (1998), A Bronx Tale, The Godfather, and more.