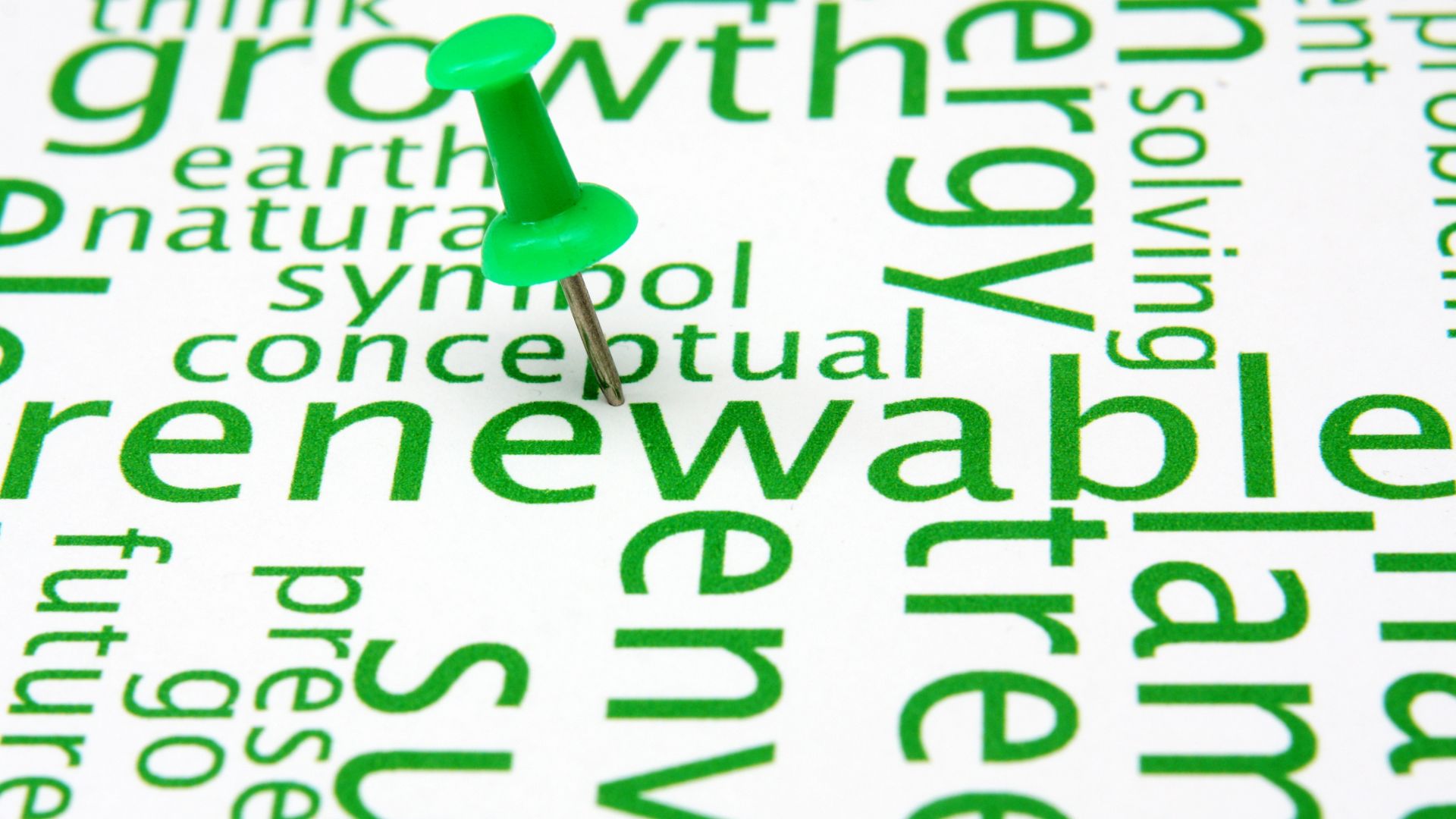 The colleges and universities making renewable energy adoption possible on a large scale are leading the way in mitigating climate change and ensuring the future of the planet. The combination of increased affordability of renewable energy technologies and increased energy efficiency gives hope that a 100 percent renewable energy system is a possibility by 2050!

Sum it up! How Colleges Benefit from Renewable Energy

College campuses benefit in numerous ways when energy efficiency becomes embedded in their systems! With accelerated but well-planned energy efficiency improvements, these institutions can reduce their energy consumption resulting in higher monetary savings and a lower carbon footprint. Many institutions have also developed and implemented their own energy conservation programs that combine smart technology and community initiatives.

Beyond renewable energy projects, colleges and universities also benefit from changes in energy consumption behaviors including the creation of cultures of conservation. These changes become a lifestyle and, thus, can be translated into off-campus behaviors.

How Colleges Are Poised for Leadership in Renewable Energy

Colleges and universities are the ideal places for the renewable energy revolution because these are hubs of research, innovation, and restlessness about the status quo. Their role in the transition from fossil fuel-powered systems to 100 percent renewable energy systems involves multiple aspects, too, from technological innovation to consumer education. Large multi-campus universities, small liberal arts colleges, and community colleges alike are also entering into partnerships while also deploying renewable energy technologies, reducing energy consumption, and switching their campus fleets to electric vehicles.

Allegheny College is a prime example of the small liberal arts colleges that have reduced energy use in its buildings through more efficient lighting and heat recovery systems. The nation’s leading campuses for green energy generate 100% of their electricity from renewable energy sources, many even generating excess energy.

Colleges and Universities Adopting the Best Practices in Renewable Energy

Other renewable systems leading campuses mentioned in the Environment America research are the University of Missouri, Carleton College, and Skidmore College.

GWU has a renewable energy deal with Duke Energy Renewables in the construction of three off-campus solar arrays, and the renewable energy generated will provide 53% of the university’s electric needs. Solar power will not only power GWU but also GWU Hospital and American University.

Non-electrical energy needs refer to building heating and hot water requirements with the multiple renewable energy systems addressing these needs year-round. These campus renewable energy sources led to Colgate being the first university in New York to reach carbon neutrality. Energy efficiency is also prioritized, as evidenced by the use of more efficient insulation, carbon-neutral biomass, and ice-making processes.

Ringling College of Art and Design

Leading the charge of institutions switching their campus fleets to electric vehicles is Ringling College of Art and Design, a transition that reduces the presence of fossil fuel-powered vehicles on campus. The school has consistently been ranked in Colleges for Renewable Energy rankings for several years, too, including getting their electricity from renewable energy sources.

Leading schools are switching from fossil fuel-powered vehicles to electricity-powered vehicles, too. Examples include Columbia University and Albright College, which are also installing charging stations.

Georgetown was recognized with the 2013 Green Power Partner of the Year. The Green Power Leadership Awards are run by the EPA for organizations with exceptional achievements in renewable energy.

The UC system is among the top colleges for renewable energy production with a commitment to carbon neutrality by 2025. Among its campus sustainability, initiatives include the use of renewable energy for space and water heating requirements in major building renovations and new building construction.

In 2019, Vanderbilt made a commitment to achieve carbon neutrality and fully transition to renewable energy for its entire on-campus needs by 2050. The university plans on making substantial investments in both off-site and campus renewable energy sources, using electric-powered vehicles, and expanding its green spaces. The campus has solar thermal panels for electricity and non-electrical energy requirements, solar-powered picnic tables and phone charging stations, and a dockless bike share program.

Community colleges like Butte College are also leading the charge in renewable energy, and it’s the first college campus in the US to attain grid positive status! This means that Butte generated more electricity than its current consumption that, in 2011, numbered 25,000 solar panels. Nowadays, its rooftop solar panels not only supply three-fourths of its electricity needs but also become a training ground for students.

ASU’s energy consumption was so high that it was Arizona’s largest energy consumer! But it has since transitioned into multiple renewable energy sources including having the highest solar energy production among colleges across the nation. Its Solarization Initiative includes solar panels and heating systems at four campuses and its research park.

Solar Energy Production and Use Among Colleges

The renewable energy generated by solar arrays have numerous benefits for higher education institutions, too. Cost-savings due to the decrease in installation prices of solar arrays and the affordability of solar energy in comparison with fossil fuels. Many institutions also have the space and flexibility to introduce solar arrays in their existing infrastructure and in future buildings.

Students benefit from the intensive training that solar installations and their maintenance providers can supply leading to viable careers in the renewable energy industry. The pre-professional training opportunities are diverse, too, from design to installation and management.

Universities benefit from the innovations that their research and development professionals produce, such as in solar energy storage, solar design technology, and solar efficiency. Researchers at Penn State, for example, use affordable optics in concentrated solar energy generation to produce next-gen solar cells.

Flexibility in the diverse use of solar energy is made possible via efficient energy storage systems, too. At UC Riverside, excess solar energy produced can be stored and later used for charging electricity-powered vehicles.

Solar heating, cooling and hot water systems are also popular among colleges because these not only reduce energy consumption but also provide learning opportunities for students. With huge amounts of hot water used in dining facilities, residence halls, and athletic facilities, every kilowatt-hour matters!

No wonder prestigious universities have extensive solar arrays on and off their campuses! Princeton University, Northwestern University, and Colorado State University are a few examples.

Wind power is becoming a popular method of generating electricity from renewable resources with large universities and community colleges alike installing wind turbines in their campuses. In 2016 alone, these institutions of higher learning decreased their greenhouse gas emissions equivalent to more than 33 million cars being taken off the road!  Many are also partnering with local energy providers for their wind energy-related needs, such as the University of Arizona, while others have on-campus facilities like SUNY Potsdam.

Many large colleges are also in the best position to install small wind turbines on their rooftops and/or full-scale wind systems on open fields. Onshore wind energy generation is also more affordable since the technology was introduced – a price drop of nearly 90% since the 1980s. With tax incentives, these can also be more affordable than coal-powered systems.

Students also enjoy vocational training for future careers in renewable energy, and many colleges with associate and bachelor’s degree programs in wind energy have on-site installations, too. There are fewer expenses for travel and other incidental costs, thus, attracting more students to these academic programs. With robust job growth, the more students engaged in renewable energy education, the better for the industry and society!

Researchers also benefit from the presence of on-campus wind turbines since there’s an increased likelihood of research grants and facilities. The University of Delaware, the University of Massachusetts at Amherst, and the University of Wyoming are among the best in conducting research and producing renewable electricity from wind power.

Aside from renewable energy projects with physical infrastructure, universities are also reducing their greenhouse gas emissions by switching to electric vehicles, and this move is complemented by their renewable electricity production. Many universities are either adopting or expanding their renewable energy-powered charging stations, such as the University of Hawaii and University of Texas.  Many are also encouraging their community members to walk or ride a bike instead.

Colleges and universities are also reaping the benefits of going electric in their transport, particularly in their overall energy consumption. With less noise, heat and exhaust, the university community enjoys better air quality. With the prices of fossil fuels on the rise, electric vehicles make good financial sense, too. Students can work with faculty members and professional researchers on research projects that push electric vehicles into the affordable consumer market.

What are the major ways that colleges use renewable energy and/or reduce their energy consumption?

With higher education’s energy lessons from past initiatives, colleges and universities will find it in their best interests to adopt a holistic approach where multiple renewable energy sources are maximized. Setting a goal toward 100% use of renewable energy, from electricity to other building energy needs and electric vehicles, is also a must.

Adopting diverse energy conservation initiatives, from education to campus renewable energy systems installation, is also recommended, as are making energy efficiency improvements in existing infrastructures. Ground source heat pumps and solar hot water should be part of the daily vocabulary of the university’s community, too, since these are abundant resources for their other building energy systems. Even community colleges, such as Santa Fe Community College and Austin Community College, have on-campus renewable energy systems and minimize waste.

This isn’t a fad that will fade anytime soon! The need to reduce energy consumption is just as important in the home as it is in society, and it’s a way of life, too. By reducing energy consumption, you’re not just saving money but you also become part of the solution to reduced consumption through energy efficiency and a successful transition to 100 percent renewable energy.

Every industry and organization is also looking for ways to reduce consumption through energy efficiency methods, perhaps even to adopt a 100% renewable energy system that will eliminate their electricity bills. Ecommerce brands are becoming more conscious about recycling and other energy-friendly branding, too. The bottom line: New career opportunities await! There are plenty of on-campus renewable energy degree programs, too, which will become your stepping stone toward these career opportunities.

What major is best for renewable energy?

There’s no one-size-fits-all answer since the best degree is the one that fits your personal and professional goals! But we suggest looking into associate and bachelor’s degrees in environmental engineering, wind turbine technology, and solar energy generation.

What are the possible career paths with a degree in renewable energy?

The Bureau of Labor Statistics predicts good employment growth for jobs in the renewable energy sector, particularly in solar and wind generation occupations. These include jobs in the engineering, academics, environmental consultancy, and IT and communication, meaning the jobs span the range of blue-collar to white-collar jobs depending on the degree and work experience.

What are the challenges of renewable energy?