Where The Richest People in the World Went To School 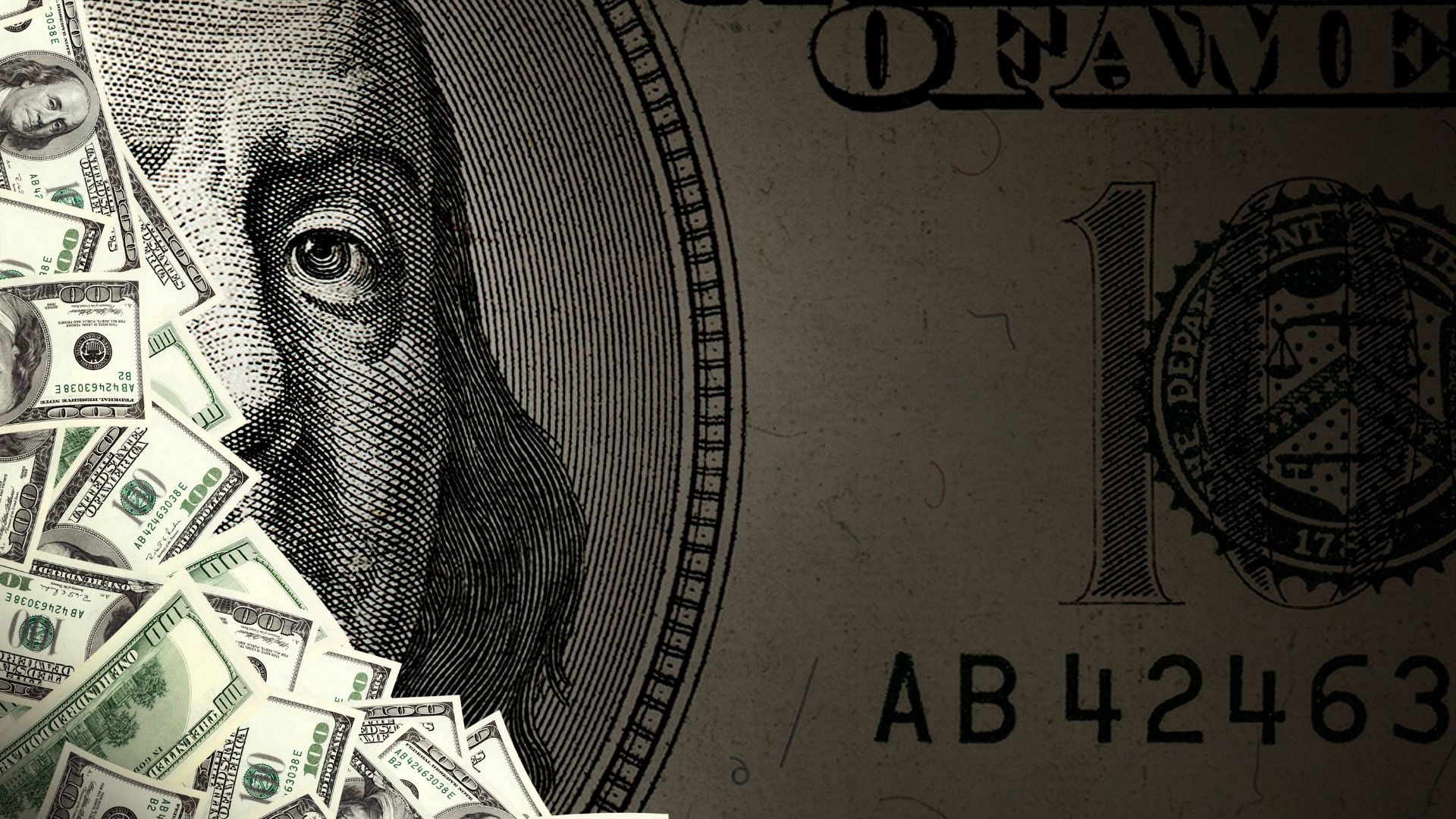 Forbes and Investopedia publish reliable data on the richest people in the world and America’s billionaires. These rankings are constantly changing, but some names are always seen, including Zuckerberg, Musk, Gates, and Bezos.

Regardless of whether the world’s billionaires have inherited their wealth or are self-made billionaires, they were most likely given the opportunities to study at elite universities in the world that other students only dream about. Even if some stopped being students and dropped out of college, many still wield financial power over the world’s academic policies.

LET’S SUM IT UP:
Earning a degree can increase a person’s lifetime earnings to six figures and gain wealth. But while six figures are impressive for the average person, they will not make anyone a billionaire. However, some schools have a better track record when it comes to earning wealth. Richest people school information give the audience insights into their college or academic background when they were students. As one might expect, the schools that produce the most billionaires are predominantly Ivy League schools.

What Is a Billionaire?

Wealthiest People and Their Alma Mater

Elon Musk, the wealthiest person in the world, is the CEO, founder, and chief engineer at SpaceX and the Product Architect of Tesla Inc., among other subsidiaries in the world. Musk is an alumnus of two universities. He first attended Queen’s University in Kingston, Ontario, CA, before transferring to the University of Pennsylvania in the early ’90s.

We’ve all heard of Jeff Bezos, the mastermind behind the world’s biggest e-commerce company, Amazon. Before earning his billion-dollar wealth and becoming one of the richest Americans, he graduated on top of his 1986 Electrical Engineering Princeton University graduating class.

The most famous Harvard dropout, Bill Gates, is the co-founder of Microsoft Corporation, the world’s biggest software company. Fun fact: Gates invented the dropout-billionaire trope when he dropped out of college in 1975. While he did not finish college, he was given an honorary doctorate at Harvard University.

Warren Buffet earned his wealth by becoming the “Oracle of Omaha” and founding Berkshire Hathaway, an American multinational conglomerate holding company, and being one of the wealthiest on wall street. Buffett is an alumnus of the University of Nebraska, Lincoln, Columbia University, and the Wharton School of Penn.

Ellison also dropped out of college. But unlike the others on the list, Larry Ellison did not have any family wealth. He came from a working-class family of Jewish immigrants in Chicago. Ellison attended college at the University of Illinois Urbana-Champaign and the University of Chicago but did not earn a degree. He co-founded and is now the chief technology officer (CTO) of Oracle, which derived his wealth.

Larry Page, the co-founder of Google, earned a bachelor’s degree in computer engineering from the University of Michigan in Ann Arbor, a top public university, in 1995 before enrolling in the doctoral program at Stanford.

Page created his wealth by co-founding a search engine technology from his college dorm room. Page is also the second richest person in Southern California.

After earning an undergraduate degree in math and computer science from the University of Maryland in 1993, Brin enrolled in Stanford’s graduate degree program, where he met Page. He co-founded Google and became the president of Alphabet. According to the Forbes list, Brin is one of the richest people in California.

The founder of the Los Angeles Clippers and former CEO of Microsoft, Steve Ballmer, is an alumnus of Harvard University and Stanford University. He was accepted into Stanford’s MBA program in 1977 and studied mathematics and economics but dropped out to join Microsoft, which derived his wealth.

Michael Bloomberg, an alumnus of John Hopkins University and Harvard Business School, is a former New York City mayor and a media mogul. He derived his wealth from being an American businessman and co-founding Bloomberg L.P.

One of the richest people in California, Mark Zuckerberg, is another famous and successful billionaire that dropped out of Harvard University. His wealth is derived from Meta Platforms, a parent company of Facebook, Instagram, and WhatsApp, among other subsidiaries, from his dorm room.

Zuckerberg visited his alma mater to deliver the commencement speech to the class of 2017; he was then conferred with an honorary degree.

Estimated Net Worth: $60 billion each

Charles and David Koch are brothers that made their name known on the world’s billionaires list together. Charles attended the Massachusetts Institute of Technology in the 1950s and David in the 1960s. The Koch brothers both had an undergraduate education and master’s degrees.

While Charles was the CEO of Koch Industries, David was the executive vice-chairman before his recent resignation. The Koch Industries’ subsidiaries manufacture everything in the agricultural system, from fertilizers to water filtration systems.

Michael Dell is the CEO of Dell Technologies, a data storage company. Dell helped kick off the personal computer revolution in the 1980s, during which he attended the University of Texas, Austin, and later dropped off to found Dell Computer Corps. His foundation, Michael and Susan Dell Foundation, is currently helping children living in extreme poverty by giving them health aid, education, and family economic stability.

Phil Knight is the father of Nike, formerly known as Blue Ribbons, the biggest shoe company in the world. Knight spent time working hard at work and in school before launching his company. After working in the newspaper industry, he attended the University of Oregon and Stanford University to further his education.

Sheldon Adelson owns Las Vegas Sands, the country’s largest casino company. Adelson attended City College of New York, a division of the City University of New York system, in the 1950s but dropped out before completing his studies.

Abigail Johnson derived her wealth from becoming the CEO of Fidelity Investments, a family business and the biggest mutual fund company in the United States. Johnson graduated from Hobart and William Smith Colleges in New York City before attending Harvard Business School and earning an MBA. She owns approximately 24.5 percent of the firm, managing $4.2 trillion in assets.

Laurene Powell Jobs earned an MBA from the Stanford Graduate School of Business after graduating college from the University of Pennsylvania’s Wharton School. Powell is the chair and founder of the Emerson Collective and the owner of a majority stake in The Atlantic magazine and website.

Ted Turner, the CNN and Turner Broadcasting Network founder, studied at Brown University for three years. After selling his assets for $7.3 billion, his billionaire status still sits at $2.3 billion.

How To Boost Your Net Worth

Start with some basic money-making and money-saving strategies to increase the chance of being wealthy:

Majors That Make The Most Money

Not everything is all about money. However, the following undergrad and graduate degrees go together with great wealth. Through these majors, your journey to wealth will be easier.

Engineering is a broad field with many subfields that can produce highly successful and wealthy students if they know how to leverage their assets.

Computer hardware and well-programmed, robust algorithms dictate the internet’s operation. It’s also one of those careers that will never go out of style because demand is outpacing the number of new computer scientists graduating.

Today’s pharmaceutical industry is compelling. Many students study biochemistry because they are curious about how certain medicines and therapies are created.

No matter which majors we discuss in this list, it would be pointless if students leave out business, economic, and finance majors, who, after all, deal with and learn about how to increase their income exponentially.

When people believe that one type of marketing and advertising has run its course, a new one emerges superior to the previous one. Marketing students create a modern form of art, the art of good sales.

Students that can complete an MBA will earn 50% more than those with only an undergraduate degree. This percentage will surely bring you wealth, depending on how you leverage your skills.

Individuals with at least $30 million in investable wealth and assets are classified as ultra-high-net-worth individuals (UHNWI). They are the world’s wealthiest people, controlling massive global wealth. This group of people is small but growing.

Which school has the highest UHNW?

Harvard, the highest-ranked among the top eight ivy league schools, has by far the highest number of ultra-wealthy alumni. The Ivy League school has an estimated 13,650 alumni worth more than $30 million in wealth, which is more than double the number of super-rich alumni at Stanford and the University of Pennsylvania, ranked second and third.

What are the other schools that have UHNW?

The colleges and universities mentioned on the list are not the only ones that hold ultra-wealthy alumni. Other schools include:

As mentioned, the universities where most of the world’s billionaires went are:

While becoming a billionaire requires a lot of hard work and dedication, it’s worth noting that many of the billionaires who attended the aforementioned elite schools were already wealthy.