The 10 Youngest People Ever to Graduate College 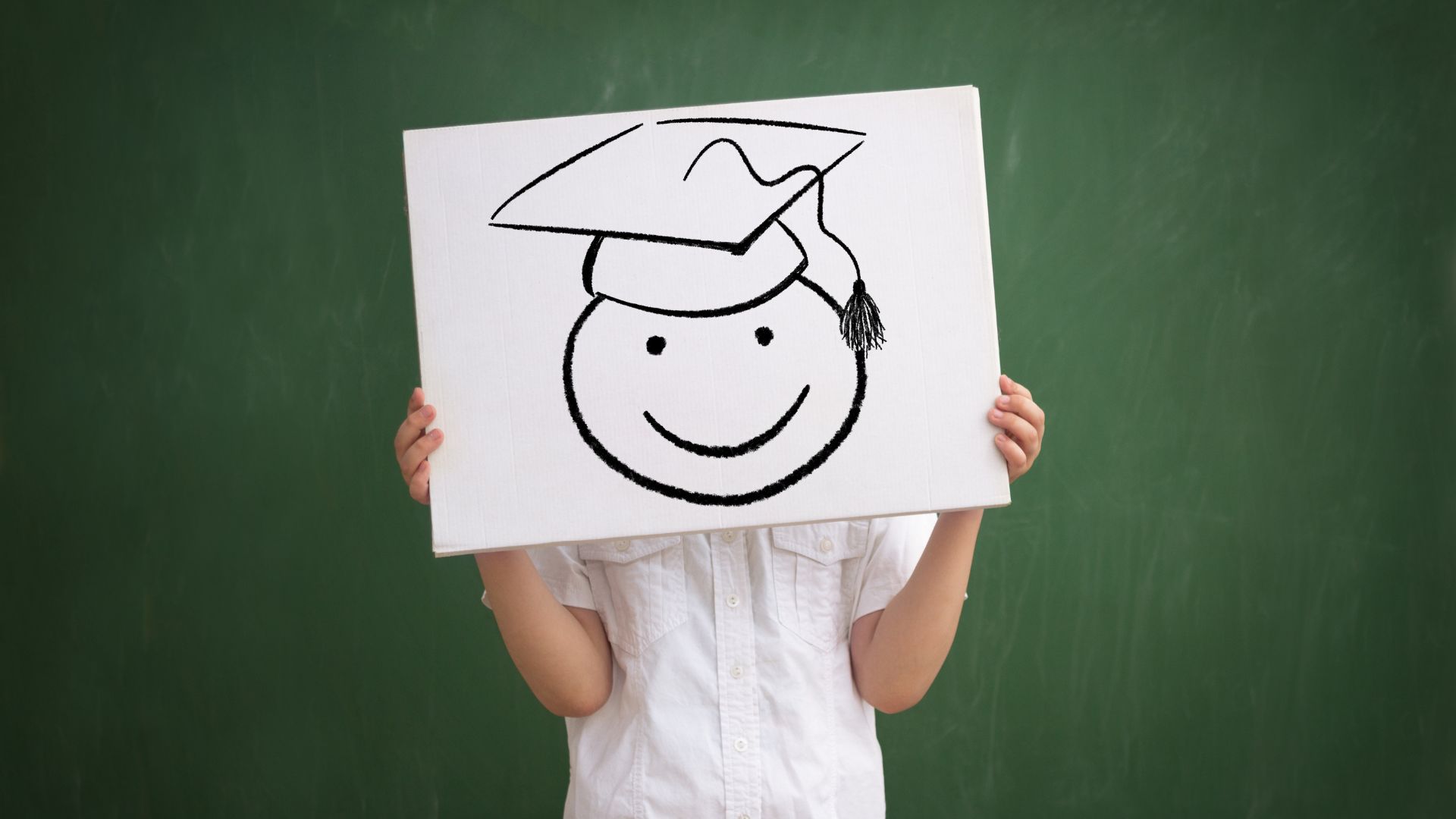 Child geniuses always make it into the news because of their amazing accomplishments, most especially when they graduate college while still at a young age. From this list, the youngest college graduate completed school at a very young age, right before hitting the teenage years. Other young college graduates earned their degrees during their early teen years.

Nevertheless, these young college graduates have one thing in common: each of them is a child prodigy in their own right. Their jaw-dropping intelligence and high-IQ level at such an early age have indeed made these brilliant children some of the world’s youngest students to complete their college education.

Quick Summarization:
Some people are simply more gifted than others! While many kids and young people struggle to even make it to their high school graduation, a few standouts are able to complete college and earn more than just an associate degree at a tender age–and sometimes more quickly than their much older counterparts! Here is our list of 10 exceptional college grads that exemplify the best and the brightest!

What Is A Child Prodigy?

A child prodigy is a kid who is already a master of several skills at an early age. They are those who, by the age of about eleven, display an exceptional proficiency in a specific field that is normally undertaken by adults.

While many students their age are still in elementary school, these child prodigies are now college students. And while other students are still preparing for their high school graduation or barely surviving their associate’s degree, these child geniuses are already in their master’s degree programs.

The 10 Youngest People Ever To Graduate College

Born in 1800, Johan Heinrich Friedrich Karl Witte was from Lochau, Germany. His father, a pastor, had an extraordinary way of teaching Karl that by the time the kid turned 9, he could already fluently speak five different languages: Greek, Latin, Italian, French, and German.

At the age of 23, he was already holding a position at the University of Giessen in Germany as a doctor of philosophy.

Later on, his father wrote a book called The Education of Karl Witte: Or, The Training of the Child which was well celebrated by the Chinese as they found the book to be the best guide in raising and teaching their kids to become successful at such a young age.

In 1995, Balamurali Ambati graduated from Mount Sinai School of Medicine at the age of 17, making him the world’s youngest doctor according to the Guinness world records. When he was still four years old, he was already solving trivia and puzzle game problems and calculus equations.

At eleven, while kids his age were still playing tag and hide and seek, Ambati had already written a research book on AIDS. He finished his bachelor’s degree at New York University when he was still 13 years old.

Michael Kearney was diagnosed with ADHD, but this did not stop him from reaching for his dreams. He aced the John Hopkin diagnostics test for math, without any preparation.

Michael Kearney received his high school diploma at the age of 6. During this time, he enrolled at Santa Rosa Junior College. By 8, he received his geology degree and was announced as the world’s youngest college grad.

At thirteen years old, Ruth Lawrence earned her Mathematics college degree from one of the best universities in the globe, Oxford University. She majored in Physics after that and earned her Ph.D. in Mathematics in 1989 at just 17 years old.

She also taught college classes and became an associate professor at the University of Michigan before she moved to the Hebrew University in Jerusalem. But despite the fact that she enjoyed being called a child prodigy, she confessed in a local news interview that she was not satisfied with her life path.

Alia Sabur started college at 10 years old after teachers encouraged her to enroll at Stony Brook University because of her huge capacity for intellect and knowledge. After completing her BS in Applied Mathematics, she pursued her Ph.D. studies in materials engineering at Drexel University.

She was named the Guinness world record holder as the youngest university professor (at 18), teaching at Konkuk University in Seoul, South Korea.

She has been proven as a hard-working and subtle postdoctoral researcher in a leading-edge research firm and was awarded from the Department of Defense, NASA, the NSF, and GAANN. She is also an outstanding musician who performed at Julliard.

Another one of the youngest college graduates to make it to the list is Juliet Beni. At just 15 years old, she obtained her bachelor’s degree at the University of California, Riverside. She then proceeded and earned her Ph.D. in Psychology at the age of 19, making her one of the youngest people to graduate in the history of UCR.

Back in 2007, Kathleen Holtz made rounds in the news after passing California’s bar exam at only 18 years old, making her the youngest lawyer in the country. She started college when she was still ten years old and earned her bachelor’s degree in Philosophy at California State University when she was still 15. She joined UCLA School of Law and completed her Juris doctor three years later.

Born in Nova Scotia, Canada, Erik Demaine was initially home-schooled until he entered university at the age of 12. With no previous formal education whatsoever since his dad home-schooled him, he was still accepted at Canada’s Dalhousie University.

By age 14, he completed his university-level studies and earned a bachelor’s degree. After being a college graduate, he went on to pursue his Ph.D. at the University of Waterloo and completed the program when he was 20 years old.

Like many child geniuses, Gregory smith started college very early. While normally kids graduate high school at 18, Gregory entered high school when he was just seven years old. By the time he was 10, he was already enrolled in college and studied French, calculus, and advanced level physics.

Three years after graduating college, he received his Master of Science degree in Mathematics from the University of Virginia at the age of 16. During his early 20s, he was a postdoctoral researcher at Mount Sinai and studied stochastic gene expression.

Apart from his impressive scholastic background, Smith was also an activist, fighting for children’s safety and rights and heading children’s rights organizations. He was also a nominee for the Nobel peace prize five times.

After his graduation, he became the second-youngest doctor in history, following Dr. Bala Ambati who completed his MD studies at 17.

How Can The Youngest College Graduate Earn A Degree That Early?

You can graduate college, whether it’s a bachelor’s degree or associate’s degree in three years or less, depending on your major. The earliest way is to start early. Getting into college early gives you a good headstart.

Many high schools offer AP (Advanced Placement) and IB (International Baccalaureate) exams and classes for which some colleges (like Loyola University and Cornell University) award credit. Other schools, such as Manhattan School, Randolph Macon College, Middle Tennessee University, as well as other community colleges, allow students to dual enroll.

Exceptionally gifted academic geniuses are able to accomplish all these faster than most, and without any difficulty at all!

Child Prodigies: Are They Born or Made?

Have you ever thought about sending your child to school at a young age? Or maybe dreamt about sending him/her to Yale law school soon? Do you think your child has what it takes to earn a college degree while still very young? Become a computer science or electrical engineering degree holder, or perhaps an anthropology degree major earlier than usual?

While everybody is blessed with a unique intelligence and skill set, only a few are gifted with an environment that cultivates a child’s passion and interest. This is where parents play a crucial role in supporting a healthy environment that gives children a chance to freely explore their abilities and nourish their talents.

The bottom line here is that a child prodigy has a unique genetic framework. And with a nurturing environment, coupled with proper guidance, experts assert that parents can produce the youngest college graduate as long as the child is provided with the right environment where they can showcase their talents, excel in a specific subject, and become the youngest person to stand out in their chosen field.