What Is A Graduate Earnings Premium? 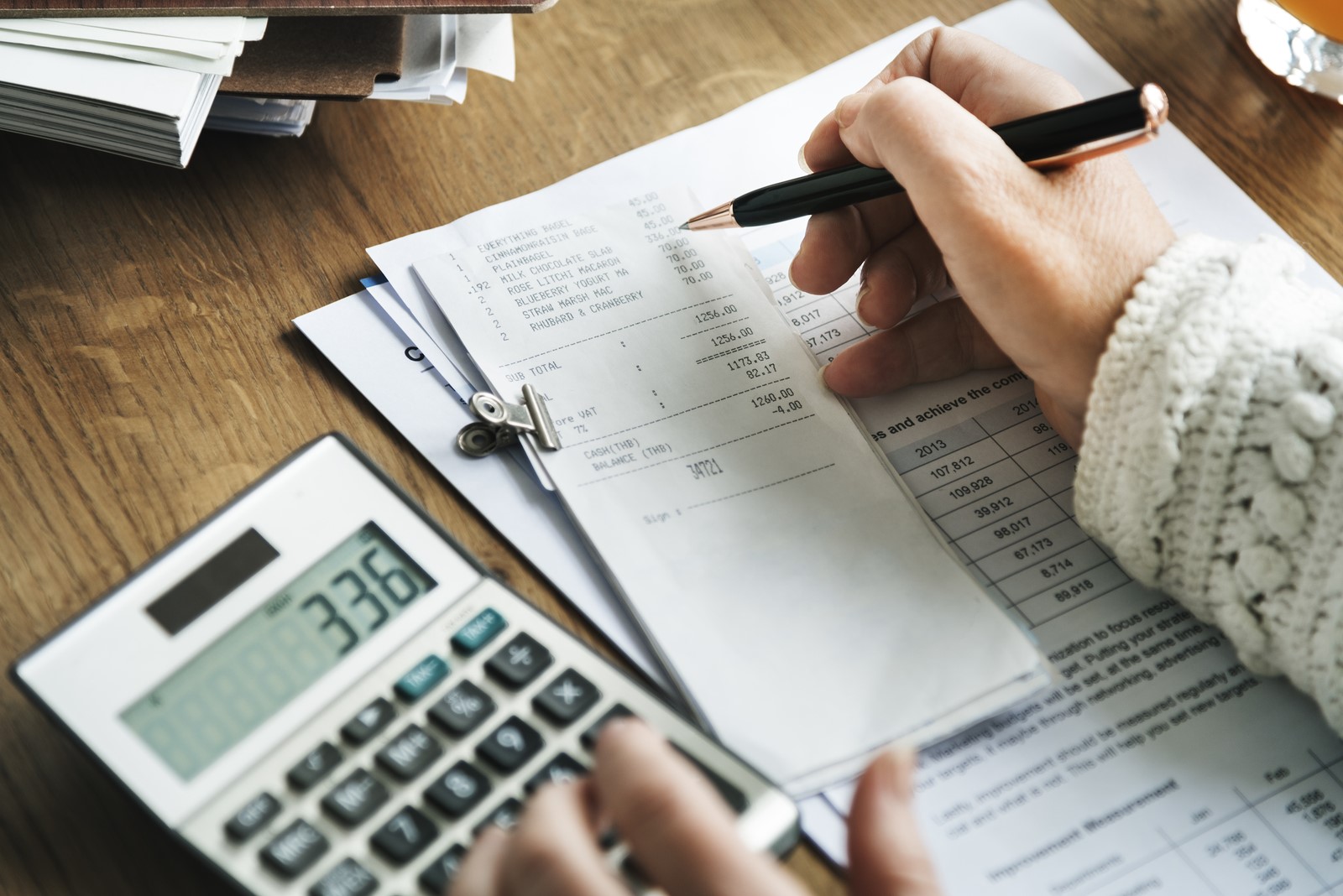 This is defined as the increase in an individual’s median annual salary or hourly wage if he/she has a bachelor’s degree from an accredited college or university. The premium is typically a comparison of the salary/wage between a college graduate and a high school graduate. But comparisons may also be made between a college graduate and a person with some college education or with an associate degree in the same or similar area of study.

Also known as college earnings premium (CEP), the issue of graduate earnings premium (GEP) has been a central focus for researchers, policy analysts, and scholars. Such concern is understandable considering the rising costs of a college education and the impact of higher education on lifetime earnings, overall health, and retirement, among other outcomes.

Quick Summarization
According to some people, attending college does not always imply a higher salary. While this is partially true, having a college degree will undoubtedly make you more competitive in the job market and give you significant economic benefits, such as the Graduate Earning Premium or GEP. A person with a college degree can earn more than half as much as someone with a high-school diploma or GED. However, GEPs are not completely accurate because calculations vary depending on various factors such as education level and age.

GEP is defined as the increase in an individual’s median annual salary or hourly wage if he/she has a bachelor’s degree from an accredited college or university. The premium is typically a comparison of the salary/wage between a college graduate and a high school graduate. But comparisons may also be made between a college graduate and a person with some college education or with an associate degree in the same or similar area of study.

The Graduate Earnings Premium (GEP) in the US

College-educated employees typically enjoy a substantial GEP in the United States. But the actual amount widely differs, too, depending on several factors including college, occupation, and geographical location.

Generally speaking, the GEP and its related data can be summarized as follows:

The earnings potential increases with every level of higher education earned, too, while the risk of unemployment decreases. You can earn, for example, $21,580 more annually if you have a bachelor’s degree than if you only have a few semesters under your belt.

Why Employers Place A High Value On College Degrees

In an article published by the Association of American Colleges and Universities (AAC&U), researchers on its employer research, “Fulfilling the American Dream: Liberal Education and the Future of Work, concluded that most hiring managers and business executives believe in the importance of a college education. Indeed, they believe that college degrees are well worth the time, money, effort, and expressed confidence in the American education system!

The college experience results in a well-rounded individual with the vital set of knowledge and skills for success in entry-level positions. The combination of soft skills and job-specific skills learned in college also contributes to better career advancement opportunities. Employers consider soft skills like written and oral communication, ethical judgment, critical judgment, and problem-solving skills as the most desirable.

First, where you earned your bachelor’s degree may matter in terms of the position and compensation package you’re offered. In a study presented at the American Sociological Association’s 2016 annual meeting, researchers found that graduates of the most selective four-year colleges and universities enjoyed significant earnings payoff.

Even with other factors including academic measures, socioeconomic status, and choice of major being controlled, the results still pointed to the crucial influence of prestige and reputation on GEP. A decade after graduation, graduates of the most selective schools earn 8% more than their peers at highly selective, but not the most competitive, schools. They also earn 11% more than those from competitive colleges and 19% more from non-competitive schools.

Second, what occupation or profession you’re engaged in also has its impact on GEP. In a 2020 US News article, nine out of the ten majors with the best entry-level salaries are in the engineering sector, namely: (Median starting salary and best college for the type of major.)

Indeed, graduates of engineering programs are more likely to enjoy higher GEP at 125%. In comparison, social work and psychology majors have the lowest GEP at 40%. The difference in GEP is about 25%, a sizable difference that may influence your decision on a college major.

Third, your location will also have an impact on GEP. The variation in GEP due to geographical location was outlined in a Thomas B. Fordham Institute study titled, “What You Make Depends On Where You Live: College Earnings Across States and Metropolitan Areas”. In it, researchers found a significant difference in average annual earnings between employees with and without college degrees depending on their state of residence, as well as between workers in urban and rural settings.

The State of New York with its 103.3% GEP has the largest earnings premium. With GEPs between 101% and 87%, Georgia, California, the District of Columbia, New Jersey, Connecticut, Virginia, North Carolina, Illinois, and Texas came in second to ninth place. These are among the country’s most prosperous and populous states, too.

In contrast, Wyoming has the lowest GEP at 21.3%. North Dakota, Alaska, South Dakota, Montana, West Virginia, Iowa, Mississippi, Vermont, and Hawaii have GEPs between 24.3% and 52.3%. Such low GEPs may be attributed to the states’ fairly small populations, mostly rural settings, and significant reliance on their natural resources for their economies. The predominant industries are centered on agriculture, oil, gas, and coal.

Take note that the national GEP average is 84.7%.

Fourth, your race and ethnicity can also influence GEP. Asian and Caucasian workers tend to earn higher compensation than their Hispanic and black counterparts with the same or similar educational levels. The premium is highest for Asian workers at 61%, followed by whites at 55.9% and Hispanics at 36.7%, and blacks at 38.2%.

Fifth, your age will have an impact on your GEP. Although studies have shown that having a college degree leads to a significant wage increase, few had considered when the graduate received the degree to estimate this graduate earning premium. Given the recent rise in the enrollment of older students, studies using fixed-effects models show that those who complete their degree at the age of 25 or older receive a significantly lower premium than those who graduate at a younger age, with the penalty for late graduation being much smaller for women than men.

In addition, the late college penalty is partly due to the delayed onset of the cumulative benefits that higher education provides, and women are penalized less for late degree completion because they gain less from college education over time.

What Are Its Implications?

Of course, there will always be exceptions to the norm. In general, nonetheless, we can assume that a college education pays off well because of the greater opportunities for better employment. Beyond the economic benefits, a college education also provides non-monetary benefits including:

Nowadays, graduates face increased demands of working with new technologies, understanding and integrating social media and marketing’s role in business processes, among others. They also have an extraordinary opportunity to maximize their graduate earnings premiums by using their time at university to build key networks of friends, professors, and business associates. Although the value of graduate earnings premiums varies by industry and year-to-year, the long-term benefit in earning power remains extraordinary.

What Degrees Have the Worst ROI?

While a college degree increases earning potential and broadens opportunities, given today’s high cost of education, it makes sense to think more carefully about which degree you pursue. Not all degrees are considered equal in terms of return on investment (ROI). The following degrees are thought to have the lowest ROI:

What Colleges Have the Best ROI in General?

College necessitates a significant time and financial investment. It would be best to plan your education around your institution’s expected ROI. Here are some colleges where you can get the most bang for your buck:

What are the average lifetime earnings of a college graduate?

Bachelor’s degree holders earn 30% more than workers with an Associate’s degree and 70% more than people with no college education, with median earnings of $64,896 or $2.6 million over a lifetime.

Does the GEP Outweigh Student Debt?

College degrees are usually associated with higher income and wealth than those who do not have them. However, the premium for those born recently is decreasing. In some situations, their student debt does not outweigh the graduate premium. But there’s a solution to this problem.

Investing in degrees with the highest ROI will pay off your student debt faster. This is why it is critical to carefully consider the college you will attend and the degree you will pursue.

What is the urban wage premium?

The urban wage premium motivates people to take on jobs that may be unappealing to others but are vital to society. It allows people in undesirable professions to make good money for what they do.

Going to university can be costly! With tuition, rent, and other living expenses such as food and extra-curricular activities, it is understandable that students become exhausted. However, keep in mind that a college education is an investment. With a degree, you are eligible for the Graduate Earning Premium, which entitles you to:

Are you ready to learn more? Check this out: Graduate Earnings Premiums From Independent Schools: What You Should Know