The 4 Best Film Schools in New Hampshire in 2023 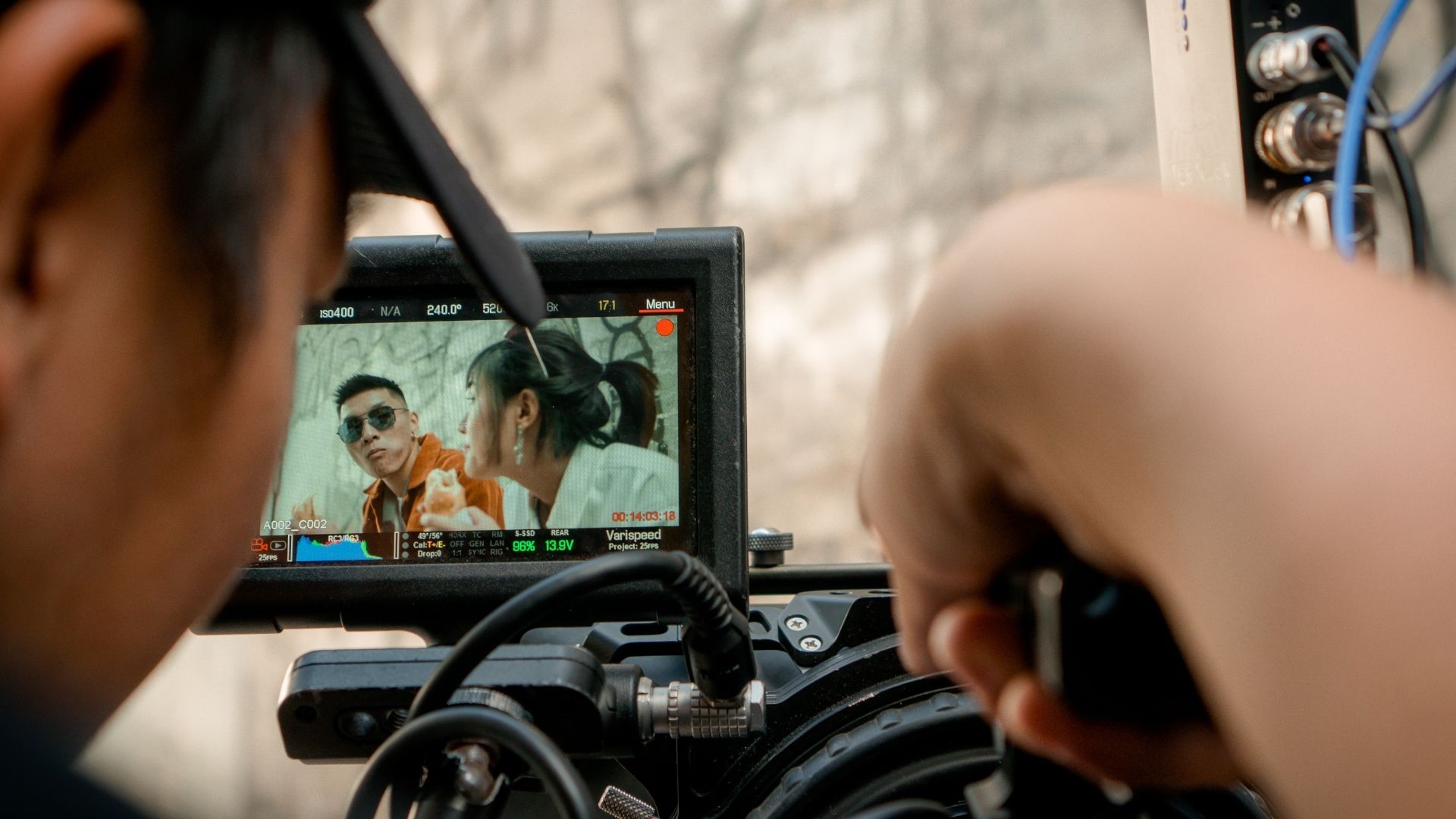 In New Hampshire, students looking for a career in the creative field may consider earning a degree in film. This program is broad and flexible, often blending seamlessly with other fields, presenting more opportunities for a lucrative career track.

Whether one is interested in capturing an eye-witness view of history or delving deep into the changing technology of filmmaking, a film program can help make that dream happen. Students will find plenty of chances to sharpen their skills in different aspects of film creation.

They can write scripts, oversee the whole production, and edit the final cut. With all of these roles, film students can develop their knowledge and expertise, helping them build a solid portfolio of work through film projects and internships.

Students are often expected to work with their classmates to pull off larger projects, but there will also be times when they need to work independently.

Rather attend in New York? Check this out: Best Film Schools in New York

Starting one’s journey toward becoming a filmmaker is not as simple as it seems. It usually requires effort, determination, and persistence. While skill sets may vary based on the aspects of filmmaking that one is taking part in, there are some general skills that film students must develop to prepare them for the rigorous courses in their program. Here are some of them:

Filmmaking requires a solid understanding of the latest technology. By mastering essential technological skills like operating a camera, editing the video using modern software, or setting up the perfect lighting, a film student will do their job right and well.

Of course, they do not have to be an expert on every technology used for filmmaking. However, ample knowledge of achieving a good shot with the right framing, staging, and lighting can go a long way. Understanding how these elements create the final product is often enough to help students execute the whole filmmaking process.

Films are all about telling a story visually, evoking viewers’ emotions in the process. The very foundation of every movie out there is the script. It serves as a guide in many aspects of the process. One should develop good screenwriting skills enough to catch the eyes and minds of the target audience.

Although it is impossible for everyone to create storyboards and write the best scripts, they can still develop a thorough understanding of how a story comes together, from drafting and evaluating to analyzing written scripts and wordless visual stories.

Most of the time, the filmmaking process involves several intersecting tasks. It is all too easy to lose one’s focus when several things are vying for one’s attention all at once. As a director or even a camera operator, one will need to juggle many responsibilities that need one’s focus. They might need to switch from one task to another, which requires multitasking. This important skill is something every aspiring filmmaker needs to master.

See some of the best film schools in New Hampshire:

Students interested in the film industry may want to consider earning a degree in film and other related programs. The University of New Hampshire has a Bachelor of Arts in Communication program, emphasizing Cinema and Media Arts. This program is aimed at helping students gain understanding and experience that will help them become professionals in the competitive field of film, television, and radio.

In this offering, students can explore human communication in the context of film, audio, video, digital arts, and interactive media. They are taught to draw from their creative spirit and express their ideas through light, sound, motion, color, and more. Using critical thinking skills is also part of their curriculum to interpret media from cultural and historical perspectives.

The program requires the completion of all Communication Arts major requirements and the Cinema and Media Arts requirements. The latter accounts for 24 credits, with courses including Media Writing, Screenwriting, Fundamentals of Video Production, Fundamentals of Audio Production, Special Topics in Applied Communication, History of Film, Documentary, and Advanced Screenwriting.

An option to take an internship in cinema and media arts is also allowed to help students fulfill their requirements for the concentration. Graduates emerge as proficient professionals who can take on careers across various media fields, including radio, film, and television. Their potential careers include art director, cinematographer, film producer, media writer, production assistant, and more.

Unlike the other bigger cities in the state, Manchester does not often get many opportunities from filmmakers, but there was one movie with some scenes filmed around Manchester. It was called In Your Eyes, a romantic fantasy.

Known as the only public institution in New Hampshire where students can major in film studies, Keen State College is ideal for making it big in the film industry. In its Film Studies program, students can earn a bachelor of arts degree with options to focus on film production or critical studies.

Those majoring in Film Production will be expected to learn a healthy balance between the different filmmaking processes, including the conceptual, creative, and technical elements. Students will access high-quality film tools and equipment, from cameras, sound recorders, and editing software.

While technical competency is recognized, the program emphasizes thoughtful content, clarity of vision, and collaboration. Along with production exercises, students are expected to examine the complexities of film research and theory.

It is also possible for students to combine both the Film Production and Critical Studies tracks, provided students who take this option meet with their faculty advisor to explore the additional degree requirements.

Keene State College is located in Keene. Did you know that the famous movie, Jumanji, was mostly filmed in the quintessential spot in the New England region? Keen represented Brantford, the film’s fictional town.

Dartmouth College offers a Film and Media Studies major for those who want to pursue a career in the film industry. Students can expect a range of courses that includes history, theory, and criticism of film and television, film and video production, screenwriting, and digital media. They will choose their program’s emphasis with options such as History and Criticism or Screenwriting.

The other prerequisite is Film History I (Silent to Sound). There are nine required courses to complete the program, including Television History, National Cinema, History of Animation, History of Documentaries, and many more. There will also be production courses that tackle video making, screenwriting, and animation.

The program requires completing the Culminating Experience course, allowing students to complete an enhanced and focused project related to their chosen emphasis.

Hanover, where Dartmouth College is located, offers a scenic and historical section in the Granite State. This makes the town a prime choice when it comes to filming locations. Parts of The Skulls, a secret society film starring Joshua Jackson and Paul Walker, were filmed at Dartmouth College.

Known for its political polling center, pursue a high-profile career with Franklin Pierce University. It offers a Bachelor of Arts in Communications program exposing you to different media and platforms. Franklin Pierce offers a unique experience where you can work on political campaign coverage and review poll data.

Take courses that will sharpen your literary talent, train your eye for film, and equip you with the necessary skill set to succeed in any media-related industry. Build your foundational knowledge by taking courses introducing media studies and production.

You’ll also use interpersonal communication to work and lead teams effectively. Depending on your interests and career goals, you’ll get to choose between two concentrations on top of your general communication courses.

The concentration in Media and Film Studies is centered on understanding the film culture and different film styles. You’ll cover courses like Media Theory, Gender and Media Representation, and Understanding Film.

On the other hand, the Journalism and Media Production concentration leans more toward different writing styles and the basics of production. Take courses like Broadcast Journalism, Television News Producing, and Sports Reporting.

Additionally, the program includes an internship, so you’ll know what it’s like to work in film production. In your fourth year, you’ll be required to complete a capstone to showcase your video editing skills and what you’ve learned throughout the program.

Franklin Pierce University is located in Rindge, where Camp Starfish is also situated. This popular camping ground is known for its nature trails and great lake view, making it an ideal shooting location. The summer camp features many amenities like lodges, an amphitheater, and a sports field.

While each institution has a different set of requirements, one common requirement that most film schools have is a portfolio. Along with the application form and academic records, you’ll most likely be asked to submit artistic samples or your body of work.

This may include sample write-ups, photographs, or video clips. Putting your best foot forward is important, so highlight the samples that best showcase your talent and personality.

Find the Right Film School For You

Enrolling in college is as much of a big step as choosing the school you’re going to. That’s why it’s wise to weigh your options and consider different factors first. It’s best to check these out when choosing a program:

Start Your Career in the Film Industry

Getting a film-related degree is the first step to fulfilling your dreams of working in movies and production. Here are some of the starting opportunities that you may pursue right after graduation:

Aside from working right after a Bachelor’s, you may also opt to continue into a Master’s program. This and extensive experience may help you go further in the film industry.